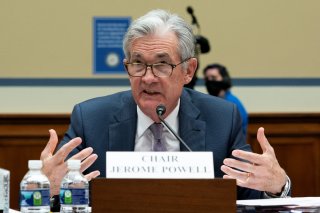 It appears that record-setting inflation is having a devastating financial impact on older Americans.

As reported by CNBC, largely due to fast-rising costs from mortgages and rent to gas and food, 25 percent of Americans will have to postpone their retirement, according to the quarterly BMO Real Financial Progress Index.

Furthermore, 36 percent of survey respondents admitted that current inflationary pressures have reduced their savings, while 21 percent are being forced to put away less for retirement.

“Consumers must think differently about their finances in this inflationary environment,” Paul Dilda, head of consumer strategy at BMO Harris Bank, said in a statement.

“Seek advice from a financial expert on ways to successfully manage your personal finances, from learning ways to save and which types of accounts to use, to moving from knowing what you should do with your money, to actually doing it. By learning about what to do differently, and what not to change, during a period of inflation, consumers can maintain momentum toward their financial goals,” he continued.

For those who do make it into retirement, there are plenty of hurdles waiting there as well. According to GOBankingRates.com, the 5.9 percent cost-of-living adjustment (COLA) for Social Security recipients this year already has lost much of its luster.

The Senior Citizens League has discovered that since 2000, COLAs have increased Social Security benefits by a total of 64 percent, but a typical senior’s expenses through this past spring ballooned by more than twice that rate.

“Retirees know all too well that Social Security benefits don’t buy as much today as when they first retired,” Mary Johnson, a Social Security policy analyst for the Senior Citizens League, told the personal finance resource site.

Despite this concerning backdrop, there appears to be much better news on the horizon; the Senior Citizens League is now forecasting that the COLA will reach an eye-popping 8.6 percent next year, the biggest adjustment since 1981, when recipients saw an 11.2 percent bump.

Currently, the typical monthly check from Social Security is roughly $1,658, which means that recipients could expect to see an increase of more than $142 per month, or about $1,800, beginning next January.

The Social Security Administration will set the 2023 COLA in October based on the previous three months of inflation data, meaning that the actual COLA increase could be somewhat different from the Senior Citizens League’s forecast.