The IRS Braces for a Chaotic Tax Season 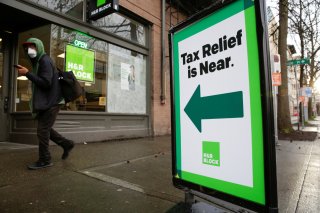 With this year’s tax season in full gear, millions of American taxpayers have been bracing for massive delays in getting their tax refunds.

However, as reported by CNBC, some Americans say they surprisingly have already received their refunds from the Internal Revenue Service (IRS).

Many of those who have already received their refunds filed their taxes around January 24, the first day it was possible to do so, and had relatively simple taxes for 2021.

That amount is a significant reduction from the backlog of thirty million in May 2021, but it is still far higher than the yearly average of one million unprocessed returns.

Making matters worse is the fact that the IRS needs to double-check any reporting mistakes associated with the enhanced child tax credit and the third stimulus check. IRS Commissioner Chuck Rettig has already urged all taxpayers to take special care when completing their taxes this year.

“You want to make sure that your returns are right,” Tommy Lucas, a certified financial planner, told CNBC.

“Because it’s going to be really difficult to get a hold of anyone (at the IRS) to talk through your situation,” Lucas added.

In a report to Congress, National Taxpayer Advocate Erin Collins said that she is “deeply concerned about the upcoming filing season.”

The massive pile of returns remaining is a symbol of the “most challenging year taxpayers and tax professionals have ever experienced,” she continued. Collins added that the processing delays could be “as bad, and potentially worse” this year.

In response to these issues, the IRS decided this week to temporarily reassign about 1,200 employees to the frontlines to help out with the backlogs.

“This is an all-hands-on-deck situation to help people as quickly as possible and reduce the stress on employees who have been and continue to face unprecedented levels of inventory to be worked,” IRS Commissioner Chuck Rettig wrote in an email to employees.