IRS Is Coming for You: What If You Don't File Your Taxes on May 17? 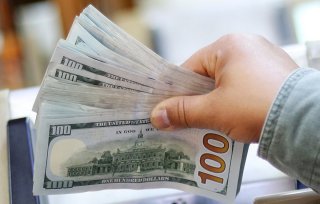 Actor Wesley Snipes took some very bad legal advice regarding his income taxes, and chose not to file his federal taxes for the years between 1999 and 2004. During that time, he made a reported $40 million, and although he eventually offered to pay $842,000 to help clear his $23.5 million debt (including penalties and interest), he was convicted of three misdemeanor counts and was given a three-year prison sentence!

If you fail to file a tax return or contact the Internal Revenue Service, you may be subject to penalties and interest, which will increase any amount of tax due. If your return is more than sixty days late, the minimum penalty for late filing is the smaller of $210 or 100 percent of the tax owned. Therefore, if you owed $210 in taxes but waited sixty days past the May 17 deadline to file, you could end up paying $420 in total.

Additionally, any action taken to evade the assessment of a tax, which can include filing a fraudulent return, can land you in prison for up to five years. Even the failure to file a return can end up as a prison sentence of a year for each year you didn’t file.

However, it should be noted that failure to send your return in on time is an entirely different penalty from failing to pay. Failure to file is also far worse than failure to pay. Not filing results in a 4.5 percent interest penalty per month until it hits a twenty-five percent maximum. By contrast, the failure to pay is only 0.5 percent per month. Additionally, even filing and sending in some money every month can reduce penalties down the road and could look good in the eyes of the IRS—as opposed to simply ignoring the problem.

The IRS also requires that if you didn’t file, and then need to catch up, that you go back and file your last six years of tax returns to get in their good graces. The IRS will require you to file taxes for up to the past six years of such delinquency, but the agency encourages taxpayers to file all missing tax returns if possible.

There are some extenuating circumstances under which the IRS will waive late filing penalties. This includes some disaster victims, military service members and eligible support personnel in combat zones.

There is also a first-time penalty abatement, and if you meet the eligibility requires, you may have the first penalty waived. If you were not required to file a return before you did not receive a penalty for the previous three years, and you filed any required returns or filed an extension for all previous years, or if you paid or set up a payment plan for any due taxes.

Finally, even if you don’t owe, you still need to submit a tax return. The IRS will likely send you a notification letter stating you will be penalized for not filing a return.

Editor’s note: this article should not be taken for legal advice.