The IRS Has Extra Money for You: Child Tax Credit Is ALMOST Here 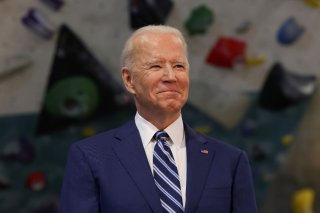 President Joe Biden’s $1.9 trillion coronavirus relief package passed in March boosted the child tax credit from $2,000 to as much as $3,600 for certain dependents.

The IRS recently reported that it would start sending out the credit on a monthly basis to eligible families, with the first payment expected to be issued on July 15.

Biden’s rescue package spiked the credit to $3,000 and allowed parents with children under the age of 6 to qualify for $3,600. The measure also permits parents of children at the age of 17 to be eligible for the credit.

If families have dependents that are 18 years old, they can qualify for $500 each. Dependents between the ages of 19 and 24 and are full-time college students also qualify for the $500 boost.

Similar to the eligibility for the stimulus checks from Biden’s pandemic legislation, individuals earning up to $75,000 are eligible for the full enhanced credit amount, as well as joint filers making up to $150,000 and heads of households earning up to $112,500. The amount will then drop by $50 for each $1,000 in income above these caps.

If families are expecting the child tax credit, it’s important to know that the IRS will be distributing it beginning on July 15, followed by August 13, September 15, October 15, November 15 and December 15.

The IRS and Treasury Department also launched an online tool this week for low-income families who qualify for the child tax credit but don’t file taxes since they don’t make enough income to file.

“At Treasury, our goal is to make sure that every American can get the relief funding they need as simply as possible,” Treasury Secretary Janet Yellen said in a statement. “We know working families can’t put off paying for doctor’s visits or grocery bills, and this new tool will help more people get their tax credit every month, starting in July.”

Agency officials noted that the portal can also help those who did not receive but are eligible for the three rounds of stimulus payments from pandemic-relief bills.

The non-filers tool asks users to register with their name, address, and Social Security numbers, and the IRS will automatically determine their eligibility based on that information.

Most of the credits will be issued by direct deposit, though some will be sent out by paper check or prepaid debit card.