IRS Warns of Understaffing Issues Ahead of 2022 Tax Season 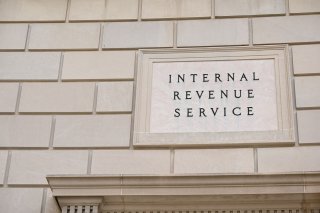 Tax Day is more than two months away, but there are already indications that there will be trouble this year due to understaffing at the IRS.

According to CBS News, Deputy Assistant Treasury Secretary Natasha Sarin says that the agency currently has “thousands fewer employees than it needs.” This is due to both retirements and budget cuts.

While there was a huge backlog on the phone lines for the IRS in 2021, that problem is expected to worsen this year.

“The IRS isn't going to be able to answer as many of those calls as it should be able to,” Sarin said. “We know that that's going to be hugely frustrating for taxpayers in a complex filing season in the middle of a pandemic.”

Sarin said that IRS employees must enter information from tax returns by hand when physical returns are filed by mail.

Meanwhile, legislation that would grant more money to the IRS remains stalled in Congress, with Republicans, in particular, opposing more money for the agency.

The Congressional Budget Office published an analysis in September 2021 of what would happen if the IRS received more money than it has been getting. The CBO determined that $80 billion in increased funding between 2022 and 2031 would result in additional revenue of  $200 billion.

Last November, the IRS announced that it had signed up ID.me as a technology provider to serve as a verification tool. One part of that was to include face identification, sometimes referred to as “selfie identification.”

Now there is word that the IRS is rethinking that idea, or at least facial identification.

According to a report by Bloomberg News, the IRS and the Treasury Department are looking for alternatives to the ID.me identification software.

“We believe in the importance of protecting the privacy of taxpayers, while also ensuring criminals are not able to gain access to taxpayer accounts,” Treasury Department spokesperson Alexandra LaManna told Bloomberg.

That report also said that the IRS is unlikely to establish its own in-house software due to a lack of funding.

ID.me is controversial in part because the company claimed to only use “one-to-one” facial recognition, while its CEO later admitted that it has matched faces to a larger database.

CBS also reported that the IRS is rethinking its use of the software.

Brian Krebs of Krebs on Security wrote in mid-January about his test of the ID.me software, which raised some questions about how the software works. Krebs’ experience with the software included several bugs.