Is it Time For Women to Enter the Draft? 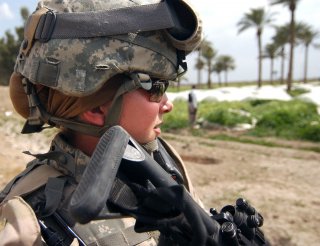 There is surprising language in current legislation, which may be attached to the National Defense Authorization Act. This language would make women eligible for the Selective Service System.

Senate Armed Services Committee Chairman Jack Reed, a Democrat from Rhode Island, has proposed “a sweeping rewrite of the military draft laws aimed at requiring women to register for the Selective Service System,” one which could be added to the “must-pass” National Defense Authorization Act, according to Politico.

Such a change has been considered in the past but has never become law.

The current law makes it specific that only males are eligible for the draft, but Reed’s language would make it a requirement for “All Americans.”

Of course, at present, there is no military draft and no one has been drafted into the military since the waning days of the Vietnam War.

Women have been eligible for all combat roles since 2015, and a repeal of the male-only draft nearly passed in 2016. However, Congress later compromised by establishing a commission to study the idea. That commission issued a report in the spring of 2020 that called for women to be required to register.

“This is a necessary and fair step, making it possible to draw on the talent of a unified Nation in a time of national emergency,” the commission report said, per Politico.

A group called the National Coalition for Men sued recently to require women to be eligible for the draft, Politico reported. And while the U.S. Supreme Court declined to hear that case, three justices indicated that the male-only draft could be unconstitutional.

According to an opinion authored by Justices Sonia Sotomayor, Stephen Breyer and Brett Kavanaugh, there are questions about the current law.

“Thousands of women have served with distinction in a wide range of combat roles, from operating military aircraft and naval vessels to participating in boots-on-the-ground infantry missions,” Sotomayor wrote in the opinion.

“It remains to be seen, of course, whether Congress will end gender-based registration under the Military Selective Service Act,” she wrote. “But at least for now, the Court’s longstanding deference to Congress on matters of national defense and military affairs cautions against granting review while Congress actively weighs the issue.”

The National Defense Authorization Act is passed every year to approve military spending. In 2020, President Trump actually issued a rare veto of that version of the NDAA, after Congress failed to include language to repeal Section 230 of the 1996 Communications Decency Act, the legislation protecting tech companies from liability. However, Congress later overrode that veto, passing it into law over Trump’s objections.

Stephen Silver, a technology writer for the National Interest, is a journalist, essayist and film critic, who is also a contributor to The Philadelphia Inquirer, Philly Voice, Philadelphia Weekly, the Jewish Telegraphic Agency, Living Life Fearless, Backstage magazine, Broad Street Review and Splice Today. The co-founder of the Philadelphia Film Critics Circle, Stephen lives in suburban Philadelphia with his wife and two sons. Follow him on Twitter at @StephenSilver