Job Killer? California Is Making the 4-Day Workweek a Reality 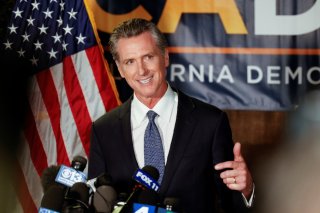 Some workers in California may soon be enjoying a shortened workweek on a permanent basis.

As reported by CNBC, legislation is now working its way through the state legislature that would make the standard workweek thirty-two hours for companies with more than 500 employees. In addition, employers would be required to pay time-and-a-half to workers whose hours run over thirty-two per week.

The proposed law would cover about 2,600 companies in the state, according to the Employment Development Department.

“After two years of being in the pandemic, we've had over 47 million employees leave their job looking for better opportunities,” Democratic Assemblymember Cristina Garcia, who has co-sponsored the bill, told CBS News.

“They're sending a clear message they want a better work-life balance—they want better emotional and mental health, and this is part of that discussion,” she continued.

However, the California Chamber of Commerce has shown strong opposition to the legislation, even calling it a “job killer.”

“Labor costs are often one of the highest costs a business faces,” Ashley Hoffman, public policy advocate at the California Chamber Commerce, wrote in a letter to Assemblymember Evan Low, another Democratic sponsor of the bill.

“Such a large increase in labor costs will reduce businesses’ ability to hire or create new positions and will therefore limit job growth in California,” she added.

Per CBS News, the typical employee in the United States works nearly 1,770 hours annually. And among developed countries, only four nations—Israel, Korea, Russia, and Mexico—are known to consistently put in longer hours.

“It doesn’t make sense that we are still holding onto a work schedule that served the Industrial Revolution,” Garcia said in a statement.

“There has been no correlation between working more hours and better productivity,” she added.

According to the U.S. Department of Labor, nearly 48 million Americans quit their jobs last year—and it appears that trend is still going strong. In fact, nearly 4.4 million workers resigned from their positions in February alone.

And now, according to a new survey published by Grant Thornton, a consulting firm, two out of every five workers who switched jobs over the past year are looking for better opportunities again.

“The power is going to the employee right now,” Tim Glowa, who leads Grant Thornton’s employee listening and human capital services team, told CNBC. “They are in the driver’s seat.”

In addition, the poll found that almost 60 percent of those who recently accepted new jobs had two or more competing offers when they made their decision. And of the workers who switched jobs in the past year, 40 percent received a salary bump of at least 10 percent.

“The war for talent is continuing,” Glowa said. “It’s really not showing any signs of slowing down.”