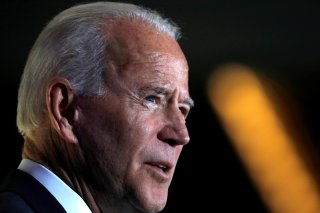 President Joe Biden is expected to unveil a $6 trillion budget on Friday as the White House pursues sweeping proposals to improve the nation’s infrastructure and U.S. economy, The New York Times reported.

The proposal would bring federal spending levels to their highest sustained level since World War II, according to the Times.

Documents obtained by the publication indicate that the federal government would spend $6 trillion in the 2022 fiscal year, rising to $8.2 trillion by the year 2031.

The budget comes as negotiations between congressional Republicans and the White House over an infrastructure bill have hit a brick wall in recent weeks, as GOP lawmakers balk at supporting a multi-trillion-dollar initiative that isn’t targeted toward physical infrastructure. Instead, Senate Republicans introduced a $928 billion infrastructure counteroffer Thursday morning, one that’s already received pushback from Democrats. The budget, however, highlights the scope of the administration’s spending compared to Republicans.

Biden’s two-part agenda—Americans Jobs Plan and American Families Plan—would be funded by major tax hikes on wealthy individuals and corporations, which would largely shrink the budget deficits in the 2030s. Administration officials have also noted that the president’s legislative agenda would be offset by the tax increases over the next 15 years.

The agenda would, however, largely boost deficits in the meantime as the federal government pivots to borrowing to help fund its plans. That would raise the federal budget deficit to $1.8 trillion in 2022.

The country’s total debt burden would also climb to 117 percent of gross domestic product by the end of the decade, surpassing its World War II-era record in 2025, according to the Times.

It’s unusual for presidential budgets to be passed in their exact structure, as they’ve served primarily as a move for presidents to convey the administration’s legislative priorities.

“The President’s budget will focus on advancing the historic legislative agenda he’s already put forward for this year,” Rob Friedlander, a spokesman for the White House budget office, said in a statement last week. “The budget won’t propose other new initiatives but will put together the full picture of how these proposals would advance economic growth and shared prosperity while also putting our country on a sound fiscal course.”

The budget only contains the $2.3 trillion infrastructure proposal, $1.8 trillion families plan and $1.5 trillion in proposed discretionary spending. It does not include other major proposals that Biden has stood behind, like the nation’s unemployment insurance program.