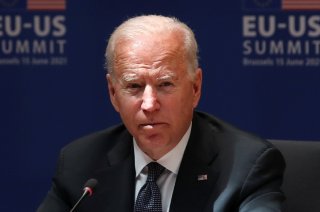 In the early days of the pandemic, the federal government launched a series of drastic measures designed to support the economy and prevent the spread of the COVID-19 virus. Probably the best-known of these was the CARES Act, which, among countless other provisions, provided the first of three rounds of stimulus checks to all Americans within certain income limits.

One of the other actions that the government took, however, was banning evictions and mortgage foreclosures – ostensibly in the name of keeping poorer Americans off the street, in order to stem the spread of COVID. However, in June 2021, more than a year after the ban took effect, the economy is beginning to recover, more Americans are being vaccinated, and the end of the foreclosure rule seems imminent.

According to the latest data from the Mortgage Bankers Association, roughly 2.1 million homeowners are still in “forbearance plans” – plans that pause their mortgage payments during financial difficulties, only to resume them later. An additional 1.8 billion are not in forbearance, but were 90 or more days behind on the mortgages in April, according to mortgage data site Black Knight Inc.

At the moment, the Center for Disease Control’s eviction moratorium remains in place, protecting both homeowners and renters. However, the moratorium – already extended during the Biden administration – is scheduled to expire on June 30, after which evictions can resume. In a recent congressional hearing, however, some large corporations, conscious of the negative social effects of evicting poor tenants during a pandemic, have committed to help beyond June 30.

Wells Fargo CEO Charles Scharf, for instance, committed the company to deferring evictions and foreclosures until the end of 2021, except in specific unusual cases. Scharf also threw his support behind a rule proposed by the Consumer Financial Protection Bureau that would block foreclosures until 2022.

While Bank of America CEO Brian Moynihan did not make a future commitment about foreclosures, he underlined that the number of BoA customers who were in forbearance had declined by 90 percent since its height during the pandemic. Similar numbers were cited by JPMorgan Chase CEO Jamie Dimon, who declined to support an extension of the moratorium or endorse the CFPB’s proposed rule.

The issue of foreclosures and evictions will loom large in the coming weeks; while an end to the moratorium is inevitable, the Biden administration is under pressure to end it as smoothly as possible and with minimal impact to Americans. Additionally, as part of the American Rescue Plan Act, President Biden has offered relief to homeowners struggling with mortgages.