Joe Biden Might Have Lost Some Votes: Is a New Stimulus Check RIP? 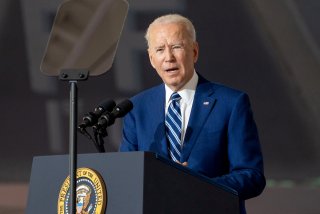 For millions of struggling Americans, the three coronavirus stimulus checks disbursed over the past year have enabled them to pay for basic everyday needs, such as groceries, utilities, and rent.

But as the rollout of the current third round of stimulus under President Joe Biden’s American Rescue Plan winds down, these same Americans are holding their breath that even more government-issued funds will eventually be green-lighted.

The White House on Thursday, however, did not help this cause at all. Press Secretary Jen Psaki largely downplayed the idea that a fourth stimulus check was on the table, adding that the president’s current recovery plan is, in fact, the best option right now.

“(Biden) is happy to hear from a range of ideas on what would be most effective and what’s most important to the economy moving forward,” she told reporters.

“But he’s also proposed what he thinks is going to be the most effective for the short-term for putting people back to work, to getting through this pivotal period of time and also to making us more competitive in the long-term.”

Early last month, Psaki was also noncommittal regarding future stimulus checks. “We’ll see what members of Congress propose, but those are not free,” she said.

In addition, do take note that Biden had the opportunity to press for another round of stimulus last month before Congress, but he decided against it. Instead, he touted the potential reach of the nearly $2 trillion American Families Plan.

“To win that competition for the future, in my view, we also need to make a once-in-a-generation investment in our families and our children. That’s why I introduced the American Families Plan tonight, which addresses four of the biggest challenges facing American families and, in turn, America,” Biden said.

“In addition to my Families Plan, I’m going to work with Congress to address this year other critical priorities for American families. The Affordable Care Act has been a lifeline for millions of Americans, protecting people with preexisting conditions, protecting women’s health,” he added.

Psaki also alluded to the wide-ranging benefits of the expanded child tax credit—seen by many as essentially a “fourth stimulus check”—which makes families eligible to claim as much as $3,600 per year for a child under the age of six and up to $3,000 for children between six and seventeen. This means that many parents will be eligible to get their hands on $250 or $300 payment every month beginning mid-July.

The American Families Plan would extend those benefits through the year 2025.