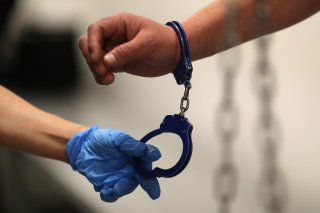 The Justice Department declined to prosecute a senior FBI intelligence analyst who was fired from the bureau after admitting to possessing child pornography, the DOJ’s internal watchdog said Tuesday.

The investigation began after the analyst, who held a supervisory role, told the FBI’s inspection division that they had viewed and downloaded child pornography from the internet several years ago.

The FBI fired the analyst based on the statements given in the security interview with the FBI, the Justice Department’s office of the inspector general (OIG) said. The OIG notice does not provide any additional details on the former analyst’s identity, or the admission to possessing child pornography in the past.

Investigators with the OIG found pornographic material on the analyst’s personal devices, but the images were determined not to contain images of children.

The analyst denied ever receiving or sending child pornography, the OIG notice said. But the investigation determined that the analyst “knowingly possessed child pornography” in the past, “in violation of federal law and FBI policy.”

The supervisor was “summarily dismissed” by the FBI while under investigation, but the Justice Department declined prosecution, the OIG said.

A spokeswoman for the OIG declined further comment. The FBI and Justice Department did not immediately return requests for comment.