The Latest in Social Security Fraud 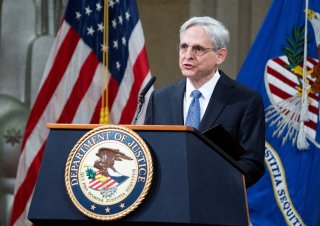 The Department of Justice announced this week that a sixty-eight-year-old Greek citizen who is a legal permanent resident of the United States has been convicted of theft of public money after the jury determined that the woman collected Social Security benefits meant for a person who has been deceased since 2008.

Panagiota Tsigelis had claimed she was married to the person whose benefits she illegally received. However, she later admitted that she “was never married to him and fabricated the relationship because she was scared.” It took the jury only ninety minutes to convict the woman on all thirty-four counts.

The defense argued that the woman did not understand the rules due to a language barrier. The woman faces up to twenty years in federal prison and risks losing her legal status in the United States. Sentencing is set for June.

According to the U.S. Attorney for the Western District of Michigan, the woman pled guilty to defrauding the Social Security Administration of more than $550,000 by "obtaining benefits for two fictitious children” over seventeen years. She also admitted to carrying out a similar scheme against the U.S. Department of Veterans Affairs between 2003 and 2019.

“This was a brazen long-term fraud that succeeded as long as it did only because Christian knew how to exploit the safeguards built into these two child-welfare programs for years. Fortunately, law enforcement caught up with her, and now she must face the consequences,”  U.S. attorney Andrew Birge said.

Another Social Security fraud case is soon coming to streaming TV. The Big Conn is a new four-part docuseries about a Kentucky disability lawyer who pled guilty to a $550 million Social Security fraud scheme in 2017. It debuts on Apple TV+ on May 5, and a companion podcast is also on the way.