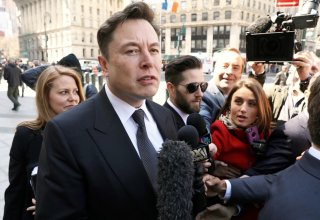 As expected, on Tuesday, Twitter announced that it is suing Elon Musk, three days after he announced his intention to exit his agreement to purchase the company. The suit, filed in Delaware’s Court of Chancery, attempts to hold Musk to his agreement to buy Twitter for $44 billion.

“Musk refuses to honor his obligations to Twitter and its stockholders because the deal he signed no longer serves his personal interests,” the lawsuit says. “Having mounted a public spectacle to put Twitter in play, and having proposed and then signed a seller-friendly merger agreement, Musk apparently believes that he — unlike every other party subject to Delaware contract law — is free to change his mind, trash the company, disrupt its operations, destroy stockholder value, and.. walk away.”

“This repudiation follows a long list of material contractual breaches by Musk that have cast a pall over Twitter and its business. Twitter brings this action to enjoin Musk from further breaches, to compel Musk to fulfill his legal obligations, and to compel consummation of the merger upon satisfaction of the few outstanding conditions.”

The suit cites several tweets from Musk throughout the process, noting that the businessman is “ubiquitous” on the social media network. Attorney Raffi Melkonian noted on Twitter that 20 paragraphs of the more than 60-page complaint consisted of Musk’s tweets.

The lawsuit alleges Musk is seeking to leave the deal because the market has turned downward.

“So Musk wants out. Rather than bear the cost of the market downturn, as the merger agreement requires, Musk wants to shift it to Twitter’s stockholders,” the suit says. “This is in keeping with the tactics Musk has deployed against Twitter and its stockholders since earlier this year, when he started amassing an undisclosed stake in the company and continued to grow his position without required notification. It tracks the disdain he has shown for the company that one would have expected Musk, as its would-be steward, to protect. Since signing the merger agreement, Musk has repeatedly disparaged Twitter and the deal, creating business risk for Twitter and downward pressure on its share price.”

The suit also accuses Musk of “bad faith,” arguing that he isn’t serious in his arguments about the company’s bot problem since he had initially claimed he was buying the company partly to do something about the bot problem as its owner.

Of Musk’s reasons for bowing out of the merger, Twitter calls them “pretexts [which] lack any merit.”

“Twitter has abided by its covenants, and no Company Material Adverse Effect has occurred or is reasonably likely to occur,” the Twitter suit claims.

“Musk, by contrast, has been acting against this deal since the market started turning, and has breached the merger agreement repeatedly in the process. He has purported to put the deal on ‘hold’ pending satisfaction of imaginary conditions, breached his financing efforts obligations in the process, violated his obligations to treat requests for consent reasonably and to provide information about financing status, violated his non-disparagement obligation, misused confidential information, and otherwise failed to employ required efforts to consummate the acquisition.”

The suit also reveals that in March, Musk met with two Twitter directors, including founder and ex-CEO Jack Dorsey, later informing Twitter CEO Parag Agrawal and Twitter board chair Bret Taylor that “he had in mind three options relative to Twitter: join its board, take the company private, or start a competitor.” As a result, Musk joined the company’s board in April but switched less than a week later to attempt to buy the company.

The lawsuit also goes into further detail about the back-and-forth information Twitter provided to Musk over the bot dispute in recent weeks.

For one thing, using one of Musk’s tweets noted that his own study about bot accounts had only included 100 followers, compared to Twitter’s process, which entails “daily sampling for a total set of approximately 9,000 accounts per quarter that are manually reviewed.”

As the calendar turned to June, the lawsuit said, Musk continued to disparage the company, which Twitter claimed violated the merger agreement.

“Twitter had already provided a wealth of data sweeping far beyond the bounds of what might conceivably be deemed reasonably necessary to consummate the transaction. Twitter noted that Musk while continuing to accuse Twitter of misrepresenting its spam or false account estimate, had offered not a single fact to support the accusation. And Twitter observed that defendants’ ‘increasingly irrelevant, unsupportable, and voluminous information requests’ appeared directed not at consummating the merger but rather the opposite: trying to avoid the merger.”

The CEO Agrawal, around that time, had attempted to schedule a meeting with Musk, and Musk bowed out of a scheduled June 21 meeting.

“Knowing that his actions risked harm to Twitter and its stockholders, wreaked havoc on the trading price of Twitter’s stock, and could have serious consequences for the deal, Musk leveled serious charges, both publicly and through lawyer letters, that Twitter had misled its investors and customers. But Musk exhibited little interest in understanding Twitter’s process for estimating spam accounts that went into the company’s disclosures.”