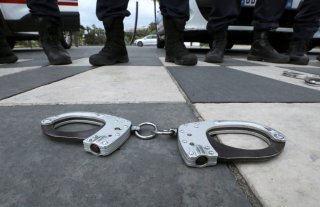 Trials related to Social Security fraud are far from rare in the United States, but they don’t usually involve a defendant who goes by the name of “John Doe.”

The twist is that “John Doe," who was accused of claiming the identity of a homeless U.S. Army veteran, has continued to claim the veteran’s identity as his own, and the press release from the U.S. Attorney’s Office for the Northern District of New York states that “Doe’s true identity has yet to be confirmed.” The convicted man, prosecutors allege, had been using the veteran’s identity since 1999.

“Doe” faces up to five years on the Misuse of a Social Security Number count, and a mandatory sentence of two years on each of the two counts of Aggravated Identity Theft. His sentencing is scheduled for late September.

WNBF described him as “a sort of mystery man.”

In other Special Security fraud news, a Nicaraguan man who was accused of using fraudulent Social Security and Permanent Resident cards has been convicted by the U.S. Attorney’s Office for the Northern District of Iowa.

The forty-two-year-old man, per the prosecutors’ press release, illegally entered the United States in late 2021 and landed in Iowa. In order to gain work in that state, the man presented another person’s Social Security number and a bogus Permanent Resident card. He worked for the company for about three months, ending in March of this year. After his conviction, the man faces up to fifteen years in prison.

And finally, a Massachusetts man has pled guilty to misusing a Social Security number in order to obtain a Massachusetts ID and driver’s license as well as MassHealth benefits.

According to the U.S. Attorney’s Office for the District of Massachusetts, the thirty-seven-year-old man pleaded guilty to one count of false representation of a Social Security Number and one count of aggravated identity theft.

The man, who had been indicted last fall, was accused of using someone else’s name and Social Security number to “submit fraudulent applications to the Massachusetts Registry of Motor Vehicles” on three occasions to get a driver’s license and also used that information to gain health benefits.

He faces up to five years in prison, up to three years of supervised release, and a fine of $250,000, for the false representation of a Social Security Number charge.