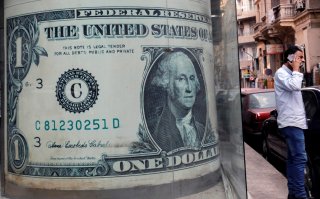 The state attorney general in Michigan, Dana Nessel, has issued a warning about a robocall scam related to citizens’ Social Security numbers.

The call, according to a transcript, warns that the call recipient will lose their Social Security number and that their “social benefits will be canceled until further clearance.” The call also asks for users to press 1, in order to prevent their Social Security from being “blocked permanently.”

The attorney general has advice for those receiving such calls.

“This is a scam. Hang up immediately and never press 1,” the warning says. “The Social Security Administration will never call to threaten your benefits or tell you to wire money, send cash, or put money on gift cards. Never give any part of your Social Security number to anyone who contacts you. Never give your bank account, credit card number or any other personal or financial information.”

Those who have received such calls are invited to make a report to the Michigan attorney general’s office, or with the Federal Trade Commission.

Robocalls related to Social Security are far from a new thing, and the Social Security Administration itself has been warning about them for several years. Last year the agency, on a frequently asked questions page, told recipients what to do in that situation.

“If there is a problem, we will mail you a letter. Generally, we will only contact you if you have requested a call or have ongoing business with us. The latest scam trick of using robocalls or live callers has increased. Fraudsters pretend to be government employees and claim there is identity theft or another problem with one’s Social Security number (SSN), account, or benefits,” the page said.

Those who receive questionable calls are asked to hang up and report the call to the Office of the Inspector General for the Social Security Administration.

“We use emails, text messages, and social media to provide information on our programs and services. However, we will not request personal or financial information through these methods,” SSA says.