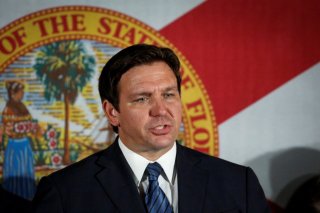 Three Venezuelan migrants flown from Texas to Martha’s Vineyard in Massachusetts last week filed a class-action lawsuit on Tuesday against Florida Gov. Ron DeSantis and other state officials, claiming they were victims of fraud for political purposes, NBC News reported.

“These immigrants, who are pursuing the proper channels for lawful immigration status in the United States, experienced cruelty akin to what they fled in their home country,” said the suit, filed in a federal trial court in Massachusetts.

“Defendants manipulated them, stripped them of their dignity, deprived them of their liberty, bodily autonomy, due process and equal protection under law, and impermissibly interfered with the Federal Government’s exclusive control over immigration in furtherance of an unlawful goal and a personal political agenda,” it continued.

In addition to seeking damages, the lawsuit asked the court to block DeSantis and others from “inducing immigrants to travel across state lines by fraud and misrepresentation.” The suit further contended that the funds DeSantis used to transport the migrants were unauthorized because they “originated from the federal Coronavirus State Fiscal Recovery Fund and was therefore subject to its use restrictions.”

According to the lawsuit, the defendants spent more than $600,000 chartering the planes and told the migrants they were headed to Boston or Washington, D.C. Instead, they were dropped off at Martha’s Vineyard without food, water, or shelter.

Meanwhile, per The Hill, DeSantis’ office pushed back against the suit, calling it an act of “political theater.”

“It is opportunistic that activists would use illegal immigrants for political theater,” DeSantis’ communications director Taryn Feske said in a statement. “If these activists spent even a fraction of this time and effort at the border, perhaps some accountability would be brought to the Biden Administration’s reckless border policies that entice illegal immigrants to make dangerous and often lethal journeys through Central America and put their lives in the hands of cartels and Coyotes.”

Feske also asserted that the relocations of the migrants were done on a “voluntary basis.”

“The immigrants were homeless, hungry, and abandoned—and these activists didn’t care about them then,” Feske continued. “Florida’s program gave them a fresh start in a sanctuary state and these individuals opted to take advantage of chartered flights to Massachusetts. It was disappointing that Martha’s Vineyard called in the Massachusetts National Guard to bus them away from the island within forty-eight hours.”