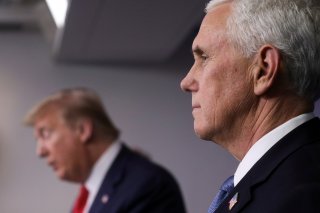 While no one was looking, Mike Pence may have become the most consequential vice president in modern times. His tenure in the “warm spit” slot could well be a game-changer in both contemporary politics and governance.

From the birth of the republic, the office of the vice president has been the appendix of politics. Sure, he was in the wings if the person occupying the Oval Office had to step down, but what was he supposed to do the rest of the time? For most of American history the answer was: not much.

In the early days of the nation, VPs devoted a lot of time to political intrigue. Thomas Jefferson, for instance, spent his entire vice presidential term trying to undermine his boss, John Adams. That’s because you got to be vice president by receiving the second most electoral votes in the presidential race. You can see why they dumped this practice in 1804, adopting the system used today via constitutional amendment.

Through much of the nineteenth and twentieth centuries, the candidate for the vice presidency was chosen to improve the electability of the presidential candidate, “balancing” the ticket geographically and ideologically.

But after the election, the vice president usually was little more than a “fifth wheel” in the function of the executive branch. This was the fate of Harry S. Truman. Consequently, when he took over after the death of FDR, he acknowledged that his boss had shared virtually nothing of how he planned to wrap up World War II and organize the postwar world order—details that might have been useful for taking over the job of leader of the free world.

FDR used to say “I never let my right hand know what my left is doing.” Truman must have been the thumbnail on the pinky of the president’s left hand. Such marginalization of the vice president persisted in modern times. Lyndon Johnson, for example, was Kennedy’s political rival. JFK always kept him at arm’s length.

Since Johnson, however, the political utility of the vice president’s role in getting the president elected has shifted. Today the selection of a running mate is often intended to amplify the image the presidential campaign wants to project. Take, for example, former Vice President Joe Biden’s pledge to put a woman on the ticket if he wins his party’s nomination for the presidency.

Just as the political uses of vice presidential nominations have shifted, so has our thinking about what vice presidents should do while in office. Richard Nixon arguably began the transition to the more activist modern vice president, employing Spiro Agnew as an official “attack dog.”

Both Ronald Reagan and Bill Clinton allowed the office to become a place to “groom” their replacements. The lesson learned from both these presidencies is the challenge of running for the top slot after serving as a sitting vice president.

In the electorate’s mind, it is difficult to see the former VP’s electoral run as anything but a referendum on giving the previous president a “third term.” On the campaign trail, and even after winning, it is almost impossible for a veep-turned-president to escape from spending a huge amount of time defending the old boss’s legacy. Reagan’s VP, George Bush, won, but failed to get his own second term. Al Gore came up a tad short in his bid for the presidency.

Both George W. Bush and Barack Obama conspicuously used their vice presidents in roles as an extension of their executive power. This has become the new “norm.” Increasingly, delegates to a party’s national convention cast their votes with the expectation that the vice president will help the president govern, not just go to state funerals.

The upshot of this new practice is to tie the offices of the president and the vice president even more closely together. We have come about as far from the days of Adams and Jefferson as one could imagine.

Dick Cheney and Joe Biden both played the role of presidential sidekick, advisor, and helper. Pence has followed in that tradition.

Here is where history may have hit another curve. Previous vice presidents were put in charge of stuff. Cheney, for instance, with great controversy, chaired the president’s energy task force. Biden had a big role in overseeing Obama’s “shovel ready” infrastructure projects that were intended to help lift the U.S. out of an economic recession.

No vice president, however, has ever had a job as consequential as the one assigned to Pence: head of the coronavirus response task force. With millions of lives and the entire U.S. economy on the line, no president has put the success of their presidency more in the hands of their subordinate. This would be like FDR letting Henry Wallace be in charge of the invasion of Normandy.

There was speculation that Donald Trump did this so that, if everything went south, he would have someone to blame. That dog doesn’t hunt for two reasons.

First, Trump loves America and Americans, and he can’t stand losing. If he were in mission control for Apollo 13, he would have been the guy to declare “failure is not an option.” If he picked Pence for a key role it was for one simple reason—Trump believed Pence would deliver.

Second, Trump and Pence have worked well together since day one. This is not a team of rivals. It’s a team.

The United States has one of the lowest COVID-19 mortality rates in the world. Our hospitals never got overwhelmed. We are actually stockpiling supplies and ventilators, not running out of them. We have the best and most testing in the world. The stock market is hanging in there. The curve has been bent, and there is a plan to reopen the country. Arguably, nobody in the world has handled the virus better.

Critics are reduced to whining that Pence didn’t wear a mask while recently visiting a hospital. That’s a pretty thin complaint matched against the task force’s achievements under the vice president.

What does this mean for the future of presidential campaigns?

Pence has acted exactly like the kind of vice president Americans have come to expect. If whoever runs against Trump wants to match that, they’ll have to show up with someone of equal stature. Just picking a VP candidate for gender or geographical or ideological diversity won’t match having a “doer” on the ticket. In fact, having an effective vice president could well be an additional boost for Trump that he didn’t have the first time around.

As for the future of presidential elections, if Pence wants to run in 2024, he will still have the “other guy’s third-term problem.” That may be a political ball and chain in modern politics that never goes away.

His own political future aside, however, Pence has set a new bar for vice-presidential competency and action in office. Without question, in the future how presidents use their vice presidents will be seen by the American people as a measure of how effective they have been.