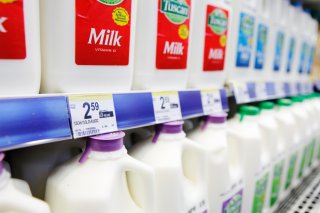 In what has been a gut punch for millions of cash-strapped Americans, the latest consumer price index (CPI) was found to have surged 8.5 percent year-over-year, hitting the fastest inflation rate since December 1981, according to Labor Department data.

In addition, consumer prices jumped 1.2 percent in the one-month period from February, which was the biggest month-to-month increase since 2005.

However, according to Fox Business, “the reading elicited some hope among economists that inflation may have peaked: that's because the largest driver of higher inflation last month was higher energy costs—a reflection of the Russian war in Ukraine, which sent gas prices in the U.S. to the highest since 2008.”

Robert Frick, a corporate economist at the Navy Federal Credit Union, is one of those experts who believes that “inflation likely peaked in March,” adding that gas and food prices “could stabilize in the next few months.”

“But high inflation will be with us at least through the summer because increases in other prices, especially shelter and services, will be sticky,” he continued.

Others, however, are more skeptical. During Tesla’s first-quarter earnings call on Wednesday, CEO Elon Musk admitted that he believes that inflation is worse than what has been reported and will likely continue to last throughout 2022.

“I think the official numbers actually understate the true magnitude of inflation. And inflation appears to be likely to continue for at least the remainder of this year,” Musk claimed per CNBC, adding that in some cases, Tesla’s suppliers are demanding 20 percent to 30 percent cost increases for parts from 2021 to 2022.

“What’s keeping costs down at least in the short term is that we have locked in contracts with suppliers. Those modular contracts will obviously run out, and then we’ll start to see potentially significant cost increases,” he continued.

In an effort to temper inflationary pressures going forward, St. Louis Federal Reserve Bank president James Bullard earlier this week once again repeated his case for increasing interest rates to 3.5 percent by the end of the year.

“What we need to do right now is get expeditiously to neutral and then go from there,” he said during a virtual event held by the Council on Foreign Relations, per Reuters.

On Thursday, Federal Reserve chairman Jerome Powell confirmed the central bank’s stance to bring down inflation by saying that aggressive rate hikes are likely as soon as next month.

“It is appropriate in my view to be moving a little more quickly” to raise interest rates, he said, while part of an International Monetary Fund panel.

“I also think there is something to be said for front-end loading any accommodation one thinks is appropriate. … I would say 50 basis points will be on the table for the May meeting,” he continued.

According to the CME Group’s FedWatch Tool, expectations for a 50-basis-point rate hike in May have climbed to 97.6 percent.