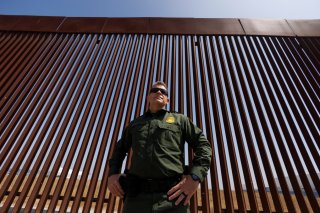 The government published data this week showing that more than 2 million migrants were apprehended at the Southern border in the fiscal year 2022, with still a month remaining in that year. More than 200,000 were counted in August alone.

According to CBS News, “the number included 181,160 Border Patrol apprehensions of migrants who entered the U.S. illegally, virtually the same level as in July, as well as 22,437 migrants and asylum-seekers processed at official ports of entry.”

U.S. Customs and Border Protection (CBP) tried to explain why exactly that happened.

“Failing communist regimes in Venezuela, Nicaragua, and Cuba are driving a new wave of migration across the Western Hemisphere, including the recent increase in encounters at the southwest U.S. border,” CBP commissioner Chris Magnus said in the release.

“Our dedicated teams of skilled agents continue to work around the clock to secure our border and safely and humanely process and vet every individual encountered, but those fleeing repressive regimes pose significant challenges for processing and removal,” he added.

“At the same time, the number of migrants entering from Mexico and northern Central America has decreased for the third consecutive month, as the Biden-Harris Administration works with our partners in the region to address the root causes of migration, facilitate repatriation, and take thousands of smugglers off the streets. More individuals encountered at the border without a legal basis to remain will be expelled or removed this year than any prior year.”

It is often argued by opponents of the current administration that it has done essentially nothing to stop migrants from reaching the border, or that Biden has adopted a policy of “open borders.” However, the large numbers of stoppages on the border clearly show that something, at least, is being done.

The release comes amid the brouhaha over flights, ordered by Gov. Ron DeSantis of Florida, of migrants to Martha’s Vineyard in Massachusetts. Per Politico, a Texas sheriff has announced an investigation into DeSantis’ actions.

Bexar County Sheriff Javier Salazar has announced that he will investigate an  “abuse of human rights.”

“Somebody saw fit to come from another state, hunt them down, prey upon them, and then take advantage of their desperate situation just for the sake of political theater, just for the sake of making a statement,” the sheriff told the press, Politico reported. “I believe people need to be held accountable for it to the extent possible.”

Other politicians, including California gov. Gavin Newsom, have called on the Justice Department to open a federal criminal probe into the flights. Illinois gov. JB Pritzker and New York City mayor Eric Adams have also threatened legal action against Texas gov. Greg Abbott, who pulled off a similar stunt.