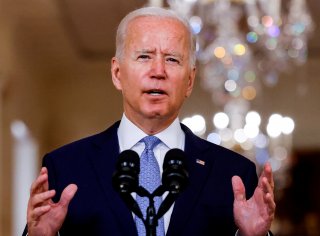 The American Rescue Plan Act (ARPA), passed in March 2021, provided for a number of significant pandemic relief-related measures. Probably the best-known among these was the third stimulus check, which sent $1,400 to all qualifying adults and their dependents in the United States. A close second is the updated Child Tax Credit; The ARPA revitalized the measure, increasing its annual payout from $2,000 per child to $3,000, with an extra $600 bonus for children aged five and younger. The credit is also fully refundable, meaning that families that pay little or no taxes receive it in the form of a cash payment.

Half of the credit is being sent out early over a period of six months. From July until December, on or near the fifteenth day of each month, qualifying parents will receive a check worth one-twelfth of the overall payment. By December, half of the total payment should have been received; the other half can be claimed as a lump sum on one’s taxes in April 2022. The IRS has also allowed Americans to opt out of the advance payments, which they might want to do if they do not want to spend the money right away or are expecting the IRS to want some of it back due to changing family circumstances.

While the measure has had its detractors and it is unclear if most voters would support a permanent extension of the policy, it is broadly popular among the electorate. It is popular enough that a number of House and Senate Democrats have publicly supported making it permanent, and efforts are underway to include it within the Democrats’ $3.5 trillion reconciliation bill. This is likely to be controversial among some fiscal conservatives, who view making the credit non-refundable as another government welfare payment. Senators Marco Rubio (R-FL) and Mike Lee (R-UT) wrote a statement to this effect in April.

However, while fiscal conservatives tend to dislike President Joe Biden’s updates to the measure, the Republican Party as a whole has not fervently opposed it to the extent that it has opposed other parts of Biden’s legislation. One of the reasons is that many Republicans are also social conservatives who support pro-family legislation, and because the increased Child Tax Credit has already helped to combat child poverty and is predicted to help considerably more, it is difficult to oppose on the grounds that it does not work.

Republicans need not oppose the Child Tax Credit in order to oppose the reconciliation bill, though. The bill contains many provisions that Republicans vetoed in the smaller compromise bill, prompting anger among GOP legislators when they were reintroduced in the larger bill.