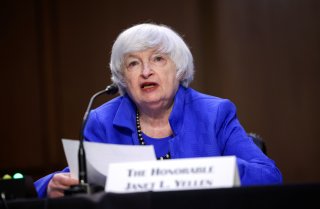 A stronger-than-expected economic recovery from the ongoing coronavirus pandemic will enable the Social Security trust fund to continue to pay out benefits until 2035—one year longer than what the Treasury Department estimated last year, according to a new Social Security and Medicare trustees report released on Thursday.

Meanwhile, the projected depletion date for Medicare’s trust fund for inpatient hospital care was moved back two years to 2028 from last year’s forecast of 2026. At that time, Medicare will only be able to cover 90 percent of total benefits.

Per CNBC, the report, which was signed by Treasury Secretary Janet Yellen and Labor Secretary Marty Walsh, also noted that the government’s disability insurance program will be able to pay out full benefits over the next seventy-five years. Last year, it was estimated to be depleted by 2057, but the trustees have since lowered anticipated long-range disability incidence rates.

“The main reasons for the smaller deficit are a stronger-than-expected recovery from the pandemic-induced recession, higher expected levels of labor productivity, and lower future disability incidence rates that reflect recent experience,” Yellen and Walsh wrote.

“Changes were made to near-term economic data and assumptions reflecting that the recovery of employment, earnings, and GDP from the 2020 recession has been faster and stronger than projected in last year’s report, resulting in higher payroll tax receipts and higher revenue from income taxation of Social Security benefits,” they continued.

However, if Congress fails to act by the time the main Social Security trust fund is depleted, benefit checks for retirees are expected to be slashed by about 20 percent across the board. It’s against this backdrop in which many Americans have a pessimistic view of the Social Security program.

According to the TransAmerica Center for Retirement Studies, an eye-opening 73 percent of workers responding to a survey said that they agreed with this statement: “I am concerned that when I am ready to retire, Social Security will not be there for me.” In addition, Nationwide’s 8th Annual Social Security Consumer Survey revealed that more than 70 percent of American adults actually believe that the Social Security program will run out of money.

Groups like AARP, however, have acknowledged that such fears could be overblown.