New Subvariant of Omicron Appearing in Some European Countries 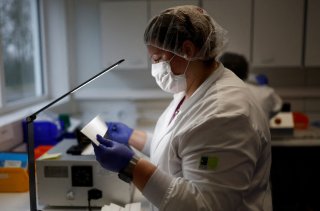 The end of the nearly two-year-long coronavirus pandemic surely won’t be settled anytime soon—and that could mean even more financial pain for already struggling Americans.

Now, it’s not just the Omicron variant that worries scientists. An Omicron subvariant—known as BA.2—continues to circulate across the world and is now reported in roughly half of all U.S. states. CNBC has reported that as of last weekend, there have been one hundred twenty-seven known cases nationwide.

According to a Danish study published on Sunday, the BA.2 subvariant—which has rapidly become dominant in Denmark—is inherently more contagious and more adept at evading currently available vaccines than any other coronavirus strain. However, vaccinated people were shown that they don’t transmit it as easily as the unvaccinated.

“Currently there is no evidence that the BA.2 lineage is more severe than the BA.1 lineage,” said Kristen Nordlund, spokesperson at the Centers for Disease Control and Prevention, according to CNBC.

The United States could also see quickly rising cases of the subvariant. That has some Americans wondering if they can continue to make ends meet in such an environment.

Congress previously approved three stimulus checks over the course of this ongoing pandemic. Is a fourth direct payment really in the cards? The short answer: It doesn’t look all that promising. Both the Biden administration and Congress have stayed mostly silent on the prospect of future stimulus checks in recent months.

Right now, it appears, the push for more government-issued direct payments have taken a backseat to passing some form of the contentious Build Back Better legislation. The bill would tack on another twelve months of the highly popular enhanced child tax credits—which are viewed in some circles as being an unofficial version of the fourth stimulus check.

However, several states already have issued their own stimulus checks to eligible residents on a smaller scale. Some of those states include Maine, California, Maryland, Florida, Georgia, Michigan, and Tennessee.

California recently finished disbursing another round of Golden State stimulus checks of $1,100 to residents who earned less than $75,000 last year. Governor Gavin Newsom has also hinted that there is a possibility that more stimulus checks could be approved in the coming months.

In addition, Minnesota Governor Tim Walz recently announced a plan to provide $700 million in direct payments to more than 2.7 million state residents. But that proposal would need to first pass the Minnesota legislature before becoming law.