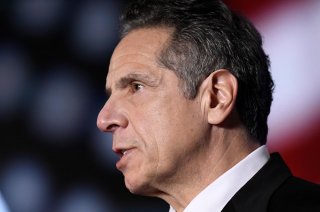 New York state lawmakers are hammering out a $2.1 billion fund that would provide unemployment benefits to illegal immigrants and formerly incarcerated individuals who haven’t seen pandemic-related federal aid, a proposal that could send some recipients more than $27,000.

Negotiations between legislators and Gov. Andrew Cuomo’s (D) office have been recently focused on the specifics of the Excluded Worker Fund, which would be featured in the 2021-22 state budget, according to the New York Post.

“Right now, discussions are around eligibility and access,” State Sen. Jessica Ramos (D), an outspoken advocate of the measure who represents Queens, said.

The proposal would target people who have experienced income losses due to the impacts of the coronavirus pandemic but were ineligible for federal aid, like undocumented immigrants or individuals who have been released from prison since October 2019.

The relief payments are expected to reflect the weekly jobless benefits that Americans received at the state and federal level, The Post reported, as some recipients could see as much as $600 for each week of unemployment from March 27 through July 31, 2020 and $300 for weeks from Aug. 1, 2020 through Sept. 6, 2021. That means unemployed undocumented immigrants and former prison inmates could receive $20,700 and eventually get an additional $6,600, according to Politico. Advocates, who have been pushing for a $3.5 billion Excluded Worker Fund, think these amounts should be more since “excluded workers” were severely hit by the economic turmoil following the pandemic.

The back-and-forth talks over the legislative proposal also involve questions surrounding eligibility for the benefits.

“We’ve been fighting for far-reaching eligibility,” Ramos told The Post this week. “We want to make sure we are including as many neighbors as possible because too many were excluded from financial relief programs like unemployment insurance.”

At this point, the proposal outlines that recipients must prove their identity, but Cuomo’s office has insisted that recipients also show they've suffered massive income losses to qualify.

The state Senate’s budget proposal is one of the most progressive initiatives nationwide. California state lawmakers did launch similar efforts for undocumented immigrants when the state provided $500 checks to a small cohort of people given on a first-come-first-served basis via telephone.

But opponents of the measure, however, argue that the plan’s “fiscal irresponsibility” would boost taxes on New Yorkers during a time of economic crisis that’s forced thousands of residents to file for unemployment and small businesses to close.

“This outrageous scheme is the latest in a long line of state government’s misplaced priorities,” State Sen. Daphne Jordan (R) said in a statement. “Every hard-working taxpayer should know about this foolish plan to send billions of their tax dollars to illegal immigrants and convicted felons—and hike taxes in the forthcoming State Budget to pay for it all. At the very time, Governor Cuomo and Senate Democrats are planning billions in tax hikes, countless small businesses have closed, our economy is suffering, and our state is hemorrhaging red ink, it makes no sense to send billions of taxpayer dollars to illegal immigrants and convicted felons.”

While Jordan has sounded the alarm on the state’s progressive push, there’s been little resistance from other state-level Republicans.

But this time around, most GOP state lawmakers haven’t surfaced widespread concerns about the legislative proposal.

“Republicans in [New York] may have just given up the attempt to keep the state solvent and go with the slippery slope to bankruptcy,” Leslie D. Feldman, a political science professor at Hofstra University, said. “On the other hand, we are in an unprecedented situation with a worldwide pandemic that has hit folks, particularly in New York, very hard and everyone understands this demands such action.”

And the measure is also largely not aligned with Cuomo’s political agenda, as he previously rejected pumping additional stimulus relief toward undocumented immigrants last year. Some experts, though, have hypothesized that his support could be due to the looming scandals involving COVID-19 nursing home deaths and the recent sexual misconduct allegations surrounding his name.

“Gov. Cuomo is not going along with this idea because he thinks it is good. Whatever he does now is to win public opinion during his scandals and keep a low profile,” Feldman said.

A handful of “excluded workers” have recently pursued a hunger strike for more than two weeks, vocalizing their support for the measure, a move that received praise from Rep. Alexandria Ocasio-Cortez (D-N.Y.).