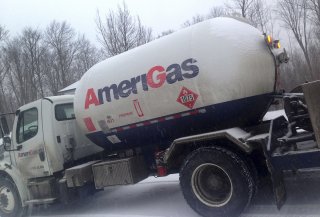 Earlier this month, especially after the Colonial Pipeline shut down, there were concerns about gasoline shortages, that for some recalled the 1970s. The pipeline, however, was repaired within a week, making the crisis a short-lived one.

Now, there are concerns about a different kind of gas shortage: one of propane gas.

WFSB reported this week that propane has been rising in price, with the vice president of Connecticut Propane telling the news station that demand has increased to the point of prices rising. That could mean trouble either for those who use propane to heat their pools or to power their barbecue grills.

“We are swamped now with customers calling for their pool heat right now because a lot of people are still at home because of the pandemic,” that vice president, Danielle Gjonbalaj, told the station. Much like with other power, supply was affected by the Texas deep freeze earlier this year.

CBS Los Angeles had reported earlier this month of a nationwide shortage of pool supplies, including chlorine tablets and propane tanks, with the price of chlorine tablets, in particular, doubling over the course of the last year.

Not only that, but Natural Gas Intelligence reported in early May about the threat of winter shortages of propane, citing natural gas producer Antero Resources Corp.

The report added that propane supplies are “currently running about 34% below the five-year average and inventories are 30% below last year’s levels.”

“U.S. average residential propane prices increased by more than 52 cents a gallon, or 30 percent, during the 2020-21 heating season, which began Oct. 1 and ended March 31,” the report said. “The increase in prices can be attributed primarily to higher crude oil prices, seasonal withdrawals from propane inventory and increased global demand for U.S. propane exports, the EIA says. The price change was the largest within-season increase in residential propane prices since the 2013-14 season when propane markets tightened because of a polar vortex and low inventories.”

Canada suffered a propane shortage in late 2019, following a strike by rail workers north of the border.