No Tax Experience? Perfect, The IRS Wants to Hire You 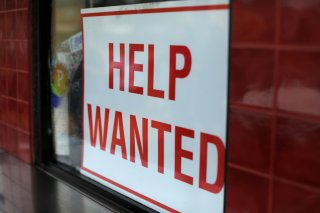 The Internal Revenue Service (IRS) has confirmed that the agency will extend 5,000 job offers and add high-tech customer support features to tackle its massive backlog of tax returns and correspondence.

"It’s an exciting time to work for the Internal Revenue Service,” IRS Taxpayer Experience Officer and Wage and Investment Commissioner Ken Corbin said in a statement. “Those who wish to work with customer service as their focus are encouraged to apply. This is gratifying work—as these newly hired individuals will process tax returns and deliver refunds to the nation’s taxpayers,” he added.

The available positions include temporary, term, and permanent jobs. The agency noted that many of the openings are entry-level clerk and tax examiner positions in the Wage and Investment Division and that “no prior tax experience is required.”

“The IRS has opportunities for almost every profession, starting with these entry level positions,” Corbin said. “Starting here today can guide you to your future career, like it has done for me starting in high school.”

The job fairs will be held on March 16, 23, and 30 at the agency’s processing centers in Austin, TX, Kansas City, MO, and Ogden, UT. Qualified applicants will be offered jobs on the spot, the IRS said, adding that once an offer is accepted, applicants should expect to begin within thirty to forty-five days.

The IRS acknowledged that it also plans to hire another 5,000 workers in 2023. However, per CBS News, the IRS “might struggle to lure workers based on pay alone.”The news outlet noted that annual starting salaries for the IRS range from about $23,000 to $47,000, and non-full-time workers can expect at least fifteen bucks an hour.

In addition to the new hires, the agency will deploy a second “surge team”—reassigning 700 employees at its processing centers in Utah, Missouri and Texas—to clear its 24 million pending tax returns and other correspondence. Further, the IRS is also committed to hiring more contractors to staff phone lines and handle clerical work.

According to The Washington Post, “in recent days, it expanded customer callback functions to 70 percent of its phone lines, a move that has already saved taxpayers 1 million hours of hold time.” Despite the ongoing staffing and budgeting issues, the IRS has already issued nearly 30 million tax refunds worth approximately $103 billion. That comes out to an average of $3,473, which is about $450 more than what taxpayers were receiving at the same time last year.

For the past several weeks, the agency has given notice that most Americans should receive their tax refunds within twenty-one days of filing, if they have no errors and file electronically.