No Wood: Why Is There a Lumber Shortage in the U.S.? 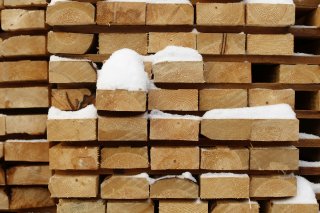 The unprecedented conditions of the coronavirus pandemic had some equally unprecedented economic effects, including some unusual shortages in the economy. For a large chunk of 2020, there was a shortage of laptop computers, while at other times toilet paper was difficult to come by. The pandemic conditions brought sudden, unusual fluctuations in demand for certain goods, while it also brought about supply disruptions in parts of the world.

And now, there’s a shortage of lumber, which has had an effect on the housing market, due to construction difficulties.

What caused it? It was a combination of the housing industry making a faster comeback than usual, and a pandemic-era home renovation craze. Also, the start of the pandemic led many in the industry to believe they were looking at a lean period when it fact demand skyrocketed relatively quickly. And once the lumber industry realized they had a demand glut on their hands, some of them weren’t able to ramp up quickly, in part due to coronavirus restrictions.

Recent reports have shown that lumber prices are finally starting to fall.

“Not only has it surprised me, it’s just surprised the whole industry, how quickly we came roaring back. Housing and construction, repair and remodel, that’s where so much money was pointed by American consumers that the sheer scale of demand was hard to fathom,” Stinson Dean, CEO of Deacon Lumber, told Vox.

“At these price levels, we’re doing very, very well,” he said. “We suffered dramatically over the last decade, and now we’re getting rewarded for having the tenacity to stay in business,” Steve Swanson, a sawmill owner, told the site.

In the Southern United States, meanwhile, there is plenty of wood, but not enough sawmill capacity.

Fox News’ Tucker Carlson, in his monologue earlier this month blaming the Biden Administration for the rising gas prices that followed the Colonial Pipeline shutdown, also blamed rising lumber prices on Biden policies that he said had had inflationary effects.

“The answer, as you may have guessed, is that bad federal policies are distorting the price of everything in this country, from two by fours, to diesel fuel to corn dogs. None of this is an accident,” Carlson said.

However, the lumber shortage very clearly began during the opening months of the pandemic, long before Joseph Biden became president.