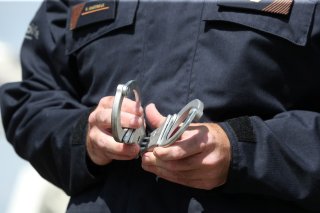 This week, a forty-nine-year-old woman from Wilmington, North Carolina, became the latest person to plead guilty to charges of stealing Social Security funds from a deceased relative.

According to a statement by the Department of Justice and the U.S. Attorney’s Office in the Eastern District of North Carolina, the woman pleaded guilty to theft of government property, described as a violation of Title 18, United States Code, Section 641. She faces up to ten years in prison.

The government says that after the woman’s mother passed away in 2007, she did not report the death to the Social Security Administration, as required by law. Instead, beginning in 2008, the woman began rerouting the Social Security mailings to her own address, which continued through multiple replacements over the course of many years.

In addition, the woman was “identified on bank footage utilizing her deceased mother’s Social Security benefits.”

According to the Charlotte Observer, the woman stole the checks between August 2008 and October 2019. No dollar amount was released for the total amount taken, except that it exceeded $1,000. Sentencing is set for May.

Other Fraud Cases in Nebraska, Florida

In another case involving fraud, this time in Nebraska, a fifty-five-year-old man who formerly lived in Omaha was sentenced for making a false statement on a Social Security Administration form.

According to WOWT, the man has been sentenced to twenty-two months in prison and three years of supervised release, in addition to $24,552 in restitution.

For ten years, between 2009 and 2019, the man received Social Security Disability and Medicaid benefits, along with SNAP benefits for four years, between 2013 and 2017. During that time, according to the report that cited the Office of the Inspector General, the man had lied about his employment status. While claiming “he only washed cars on occasion,” the man in fact owned a vehicle repossession business.

This follows a relatively high-profile case earlier this month in Florida, where a man stole $77,596 in Social Security income that was thought to be going to his father, who had died in Ecuador in 2010, according to the Miami Herald. The benefits had been deposited into an account in 1996, when the father was still alive, through 2017. Per the Herald, the father hadn’t been using his Medicare benefits—“a tipoff that the person might be dead.” But when the son changed the address in 2019, $22,074 was released to the account.

The man, a U.S. Customs and Border officer in Florida, pled guilty to theft of government funds. Per the newspaper, he was sentenced to six months of home confinement (house arrest), one year of probation, and $77,596 of restitution.