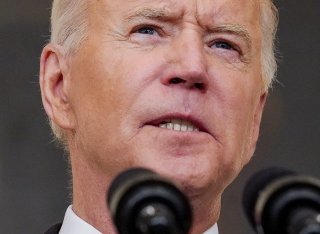 The expanded child tax credit, which was brought into being by the American Rescue Plan Act, will be paid out in its third installment, out of six, on September 15, which is next Wednesday.

There are indications that the early payments have made a real difference in reducing child poverty.

A report in August from the Center on Poverty and Social Policy at Columbia University found that just the July payment kept 6 million children from poverty that month.

“This impact also resulted in a notable drop in child poverty between June and July 2021, due primarily to the rollout of the expanded Child Tax Credit. On its own, this new payment kept 3 million children from poverty in its first month,” the Columbia report said. “As rollout continues, the expanded Child Tax Credit has the potential to achieve even greater child poverty reduction.”

The Washington Post recently pointed out that families are eligible for the tax credit even if they don’t have any income.

“There seems to be a common misconception that a family needs to have income, work or have a tax liability to qualify for the monthly child tax credit,” IRS spokesman Eric Smith told the Post. “This is not true under the law.”

The expanded child tax credit only runs through the end of this year. However, there have been proposals to expand it further into the future.

According to a Business Insider report this week, whether to expand the child tax credit through 2024 is a point of negotiation in the Democrats’ proposed reconciliation spending plan.

The site’s source, described as “a Senate Democratic aide familiar with the ongoing discussions,” reports that one proposal is to expand the child tax credit through 2024, but to drop the amount for $3,600 to $2,000 in the final year. In addition, “families who owe little or no taxes would get the full size of the benefit permanently, otherwise known as ‘full refundability.’”

The story added that the Senate Finance Committee, in the drafting of the bill,  “allocated $385 billion to extend the child tax credit,” as well as the earned income tax credit and the child and dependent care tax credit.

However, the opposition by Senator Joe Manchin of West Virginia to a package as large as $3.5 trillion has a chance to throw assumptions about the funding of individual measures into doubt. Manchin has said that he would only approve of up to $1.5 trillion in spending.