Politicians Take Aim at the Fed Over Interest Rate Hikes 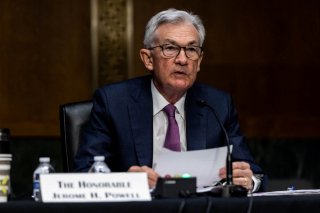 “It is your job to combat inflation, but at the same time you must not lose sight of your responsibility to ensure that we have full employment,” Brown wrote, adding that “potential job losses brought about by monetary over-tightening will only worsen these matters for the working class.”

Brown did not recommend a specific course of action, but he did note to Powell that the Fed should follow its two-pronged mandate—low inflation and full employment.

“The decisions you make at the next FOMC [Federal Open Market Committee] meeting reflect your commitment to the dual mandate,” he said.

CNBC reported that a Fed spokesman acknowledged that Powell received the letter and said the normal policy is to respond to such communication directly.

The letter comes as the Labor Department announced earlier this month that the consumer price index (CPI) was found to have climbed 0.4 percent for September and 8.2 percent on an annual basis. Core inflation, which excludes volatile food and energy items, was up 6.6 percent compared to a year ago, the largest annual gain since August 1982.

The still-elevated CPI numbers suggest that more aggressive rate hikes are likely going forward. Last month, the Federal Reserve signed off on a third straight seventy-five-basis-point interest rate hike and suggested that it will keep raising rates well above the current level. With the move, the central bank took its federal funds rate up to a range of 3 percent to 3.25 percent, the highest level since 2008.

Markets are widely expecting the Fed to sign off on a fourth-straight seventy-five-basis-point hike when it concludes its two-day policy meeting next week. That would take the federal funds rate to a range of 3.75 percent to 4 percent, the fastest pace of policy tightening since the early 1980s.

“He’ll stick to his guns on this. I don’t see this as having any material impact on decision making at the Fed,” he concluded.