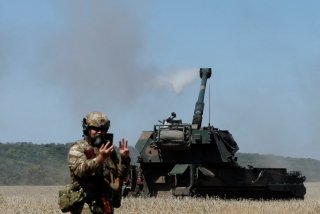 Do Americans still support helping Ukraine in its war against Russia? According to a new Reuters/Ipsos poll, after six months of ongoing war in Ukraine, 53 percent of Americans believe that the United States should continue to support Ukraine until the complete withdrawal of Russian soldiers, while 18 percent opposed.

Throughout the past half a year, the Biden administration has provided billions of dollars and weapons and ammunition for Ukraine in its bid to repel Russian forces that first invaded the country in late February.

The online survey of roughly a thousand participants further revealed that the support for Ukraine came from both sides of the political divide, with 66 percent of Democrats and 51 percent of Republicans.

The poll’s results come as Russian president Vladimir Putin signed a decree on Thursday increasing the size of his country’s armed forces by 137,000, NBC News has reported. The order will raise the number of combat personnel in the Russian armed forces by approximately 10 percent to 1.15 million.

“Putin has been reluctant to do this because he has tried to isolate the Russian population from the costs of the war through using mercenaries from the Wagner private security organization, recruiting in the non-Russian ethnic republics of the country, from the prison population and using press gangs in occupied parts of Ukraine,” Neil Melvin, director of international security studies at the Royal United Services Institute, a London-based think tank, told the news outlet.

“But now the Russian army is exhausted, and the ad hoc recruitment techniques are not providing enough fresh troops. So, the Russian authorities have announced an increase in the size of the army to fill the gaps from war losses. This is a dangerous moment for the Russian president as the announcement is an admission that the ‘special military operation’ has gone seriously off plan, and now the wider Russian population will have to start paying the price with the lives of their sons,” he continued.

Russia has not released any estimates on how many of its soldiers have been killed or injured in Ukraine. Kyiv, however, has stated that the figure is likely more than 45,000.