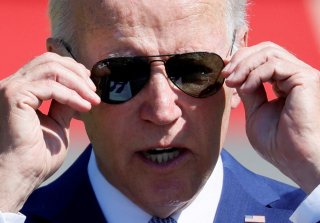 A poll of nearly 200 National Association of Business Economics (NABE) members revealed on Monday that the Federal Reserve won’t be able to tame inflation without tipping the U.S. economy into a recession, according to a new Fox Business report.

“This by itself suggests there is less clarity than usual about the outlook,” he continued.

NABE Policy Survey Chair Juhi Dhawan added that the semiannual poll’s key takeaway was that the economists are undoubtedly “concerned about inflation and recession.”

“Overall, panelists are not confident that the Federal Reserve will be able to bring inflation down to its 2 percent goal within the next two years without triggering a recession,” Dhawan continued in a statement.

Amid the fast-increasing recession fears, the Federal Reserve is expected to hike interest rates by fifty basis points in September, according to economists in a Reuters poll. Late last month, the central bank raised its key short-term rate by three-quarters of a percentage point for a second consecutive month. The unanimously approved rate hike put the federal funds rate at a range of 2.25 percent to 2.5 percent, the highest level seen since December 2018.

“I think in a small-growth environment when the Fed is trying to squeeze inflation lower, I think they would be very resistant to rate cuts. So, I think those cuts are probably somewhat excessive from a market pricing perspective,” he told Bloomberg on Tuesday.

“I think it could be a couple years [before the Fed cuts rates]. I think while inflation will look a lot better a year from now, I think it will still be significantly above the target and ultimately they do want to get it back down to pretty close to 2 percent,” he added.

JPMorgan strategists are expecting the Fed to deliver another substantial interest rate hike next month, but that could be the last of such moves as growth begins to slow.

“We expect another outsized Fed hike in September, but post that we would look for the Fed not to surprise the markets on the hawkish side again,” the bank explained in an analyst note on Monday.