Is Positive Jobs Data the Death Knell for a Fourth Stimulus Check? 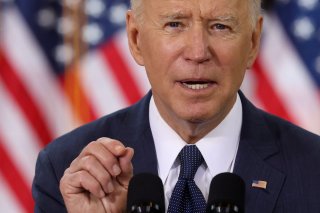 In recent weeks, the U.S. economy appears to have kicked into high gear, as the Labor Department has reported that the unemployment rate is sitting at 5.4 percent, the lowest registered since the start of the ongoing pandemic in early 2020.

Not to be outdone, the number of job openings in the U.S. economy surged to more than ten million in June—the highest on record—as the labor market continues its recovery from last year’s devastating economic shutdowns.

For those still struggling Americans holding out hope for another round of stimulus payments, such positive data don’t seem to bode well for the Internal Revenue Service cutting more checks. Moreover, President Joe Biden’s administration currently has made known no plans to resume sending out more stimulus checks, of which most Americans have received in total three throughout the past year.

Despite such payments reaching tens of millions of Americans, the passionate calls for another round just can’t seem to be silenced. For example, there are currently more than five online petitions calling for recurring monthly stimulus checks of $2,000 until the health crisis ends.

The most publicized among them is Denver-area restaurant owner Stephanie Bonin’s Change.org petition, which has already secured roughly 2.8 million signatures.

“I’m calling on Congress to support families with a $2,000 payment for adults and a $1,000 payment for kids immediately, and continuing regular checks for the duration of the crisis,” the petition says. “Otherwise, laid-off workers, furloughed workers, the self-employed, and workers dealing with reduced hours will struggle to pay their rent or put food on the table. Our country is still deeply struggling.”

The petition added that unemployment checks alone aren’t enough to survive on for many Americans. Making matters worse is that many states have already eliminated the $300 enhanced federal unemployment benefits.

“For our team and other Americans who can claim unemployment, even the maximum payments will not be enough for most people to continue paying their bills—and avoid slipping into poverty,” it says.

This past spring, more than twenty Senate Democrats pressed Biden to include recurring direct payments in future legislations.

“While we are pleased that the American Rescue Plan included a one-time direct payment and an extension of federal unemployment insurance programs, a single direct payment will not last long for most families,” the lawmakers wrote.

Currently, the closest equivalent to another round of stimulus checks are the expanded child tax credits. Also approved via Biden’s stimulus bill, the federal government is now allowing eligible parents to collect $250 or $300 for each child every month through the end of the year.