Prices Will Go Up for these Five Things in 2022 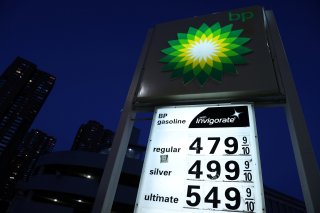 There’s little doubting that 2022 will be a costly one for tens of millions of Americans.

Many experts are contending that the current trend of high inflation in 2021—which surged to a nearly forty-year high—will likely continue to cause even more pain over the next twelve months.

“Even though some (supply chain) bottlenecks have eased, the issues are not fully resolved. And as long as it's more expensive—and takes more time—to move goods around the world, higher transport costs will likely be passed down to consumers,” notes finance writer Anneken Tappe at CNN Business.

“Another big contributor is the high cost of commodity prices, leading to surging energy and food costs. Prices in both sectors have soared this year and added a good chunk to the inflation we have already seen. In the case of food, high prices have forced some consumers to buy less or switch stores. Economists don’t expect that to get any better next year,” she continues.

What items in Americans’ budgets could see rapid price increases this year? Let’s take a closer look at five of them.

For many Americans this past year, even with record low mortgage rates, purchasing a house has been one of the pandemic’s biggest challenges. It appears that it will continue to get tougher. “The typical home value of homes in the United States is $316,368,” Zillow says. “This value is seasonally adjusted and only includes the middle price tier of homes. United States home values have gone up 19.3 percent over the past year and Zillow predicts they will rise 14.3 percent in the next year.”

According to the Winter Fuels Outlook 2021 report from the U.S. Energy Information Administration, approximately half of households that heat with natural gas are slated to spend 30 percent more than they did last winter. Meanwhile, electricity users are expected to spend about 6 percent more.

Could gas prices go up even higher after surging nearly 60 percent last year? Yes. According to GasBuddy.com, some states, such as Illinois and Michigan, will likely see higher prices at the pump “very soon.”

Data released by the Centers for Medicare and Medicaid Services suggest that premiums for prescription drug plans will climb by nearly 5 percent next year. Furthermore, the same organization already has announced that Medicare Part B premiums for 2022 will increase by an eye-opening 14.5 percent.

Both new and used car prices continue to claw higher, which means that potential buyers are being increasingly priced out of the market. According to Edmunds.com, the average price of a used vehicle in the United States in November was more than $29,000—a whopping 39 percent higher than just twelve months ago.