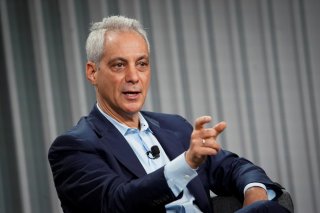 Rahm Emanuel, President Barack Obama’s former Chief of Staff and the Mayor of Chicago from 2011 to 2019, has been nominated by President Joe Biden to serve as the next U.S. ambassador to Japan. While Emanuel still needs confirmation from the Senate, his prospects have been aided by his relatively high stature in domestic politics, and the vital importance of actively maintaining the U.S.-Japan relationship—one of the most consequential political, economic, and security relationships in the modern world.

However, a constituency raising opposition to Emanuel’s nomination has been forming from an unexpected direction: the progressive wing of the Democratic Party, which has faulted Emanuel for actions taken during his tenure as Mayor of Chicago.

The main point of contention against Emanuel has been that his administration attempted to suppress police dashboard camera video of the October 2014 killing of black Chicago teenager Laquan McDonald, who was shot sixteen times in the back by a white police officer.

While Emanuel apologized for the incident in 2015, the city did not release the video footage for more than a year and did not charge the officer involved in the shooting. After the footage was released, the officer was arrested and ultimately convicted of second-degree murder.

A 2016 Chicago Tribune poll revealed that two-thirds of the city’s residents believed that the government’s withholding of the video recording was unjustified.

The fight against Emanuel’s approval has been led by high-profile Rep. Alexandria Ocasio-Cortez (D-NY), who described the appointment as “bizarre” in light of the controversy. In a statement posted to her House website, she claimed that the nomination was “an embarrassment and betrayal of the values we seek to uphold both within our nation and around the world.”

Other representatives associated with the party’s left wing have issued similar condemnations. Rep. Cori Bush (D-MO) urged senators to block his nomination, accusing him of “covering up the murder of Laquan McDonald.” Rep. Jamaal Bowman (D-NY) tweeted, “You can value Black life, or you can confirm Rahm Emanuel to an ambassadorship. Pick one.”

Emanuel’s confirmation hearings are still upcoming, and he is likely to encounter questions about his conduct as mayor, including Chicago’s rise in violent crime during his leadership.

Because of Japan’s geopolitical importance to the United States, prominent political figures are often appointed to lead the U.S. mission there. Previous ambassadors have included former Speaker of the House Tom Foley and former Vice President and 1984 Democratic presidential nominee Walter Mondale.

The current head of the U.S. mission in Tokyo is charge d’affaires Raymond F. Greene.