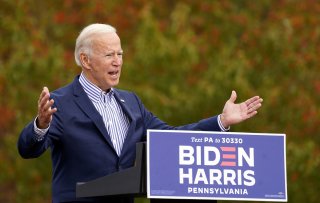 With the third round of coronavirus stimulus checks nearing its end, the White House has now pivoted to touting the nationwide benefits of the expanded child tax credits under President Joe Biden’s American Rescue Plan.

The president’s administration is expecting the credits, which will begin disbursing to nearly forty million eligible parents on July 15, will provide a solid boost to the U.S. economy that is still clawing its way out of the grips of the ongoing pandemic.

Moreover, the White House is hoping that these monthly payments will offset the halt in extra federal unemployment benefits of $300 in half of all states. Alaska, Iowa, Mississippi, and Missouri were the first states to pull out, and others, including Idaho and New Hampshire, will terminate the jobless benefits later this week.

According to one White House official, the child tax credits will financially assist nearly 90 percent of all children in the United States—eventually reducing child poverty and increasing future earning potential.

The official added that Biden’s stimulus bill is indeed driving the current economic recovery being witnessed in the United States. Forecasts from the World Bank and Organization for Economic and Cooperation and Development are anticipating nearly 7 percent growth for this year.

Despite positive news on the economic front, Biden and several White House officials have made it clear that they want to make the $250 or $300 monthly cash payment for each child permanent.

“The American Rescue Plan is delivering critical tax relief to middle class and hard-pressed working families with children,” Biden said in a statement. “This tax cut sends a clear message: help is here.”

Efforts are already being undertaken in Washington, as Rep. Richard Neal, chairman of the House Ways and Means Committee, recently introduced a bill that aims to extend the child tax credit permanently. “For our economy to fully recover from this pandemic, we must finally acknowledge that workers have families, and caregiving responsibilities are real,” he said.

There are also high hopes with Biden’s American Families Plan, which would extend the credits through the year 2025.

“Congress must pass the American Families Plan to ensure that working families will be able to count on this relief for years to come,” Biden said in a statement.

“If passed, the families of tens of millions of children will continue to get regular payments,” she said.

“Obviously, we’re continuing to evaluate what their needs are—to continue to get the pandemic under control, put people back to work, but we think that’s a proposal with a long-term benefit,” she continued.