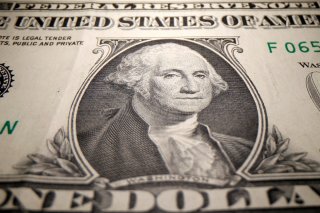 If you filed your income tax return and haven't gotten your refund you're not alone. Some 31 million returns are being held for manual processing ahead of the May 17 tax filing deadline, and that backlog has grown by two million returns since mid-April. As the Internal Revenue Service (IRS) has fallen behind in processing the millions of income tax returns, that is potentially delaying the refunds owed to the American taxpayer.

"I was hoping it would go down, but I'm not that optimistic," National Taxpayer Advocate Erin M. Collins told CBS MoneyWatch.

"Taxpayers will continue to experience unusually long delays," Collins added. "I don't think anyone wants to hear that, but that is the case."

Typically, the IRS sends most refunds within twenty-one days or less of a taxpayer filing the return – and the IRS received it of course. Mail has certainly been a factor, but for some earlier filers, the wait for their tax refunds has been as much as six to eight weeks.

There are other factors that could be slowing returns, and some newly filed returns have been flagged by the IRS because of issues related to recent tax changes as well as federal stimulus checks. There are other factors, including an income that includes errors or is incomplete, the return could be impacted by identity theft or fraud, or the return includes a claim for the Earned Income Tax Credit or Additional Child Tax Credit.

Additionally, the IRS explains that even direct deposit returns can be slowed because of the time between the IRS issuing a refund and the bank posting it to an account, especially as many banks do not process on weekends or holidays.

The IRS also has noted that taxpayers claiming the Recovery Rebate Credit on their tax return will not cause a delay in the processing of that tax return. However, the IRS added it is important that taxpayers claim the correct amount. "If a correction is needed, there may be a slight delay in processing the return and the IRS will send a notice explaining any change made," the IRS warned. "Refunds may be delayed while the IRS makes any necessary corrections."

The IRS is also still dealing with the fallout from the pandemic, and as of March, the agency still had a backlog of 2.4 million paper returns from the 2019 tax year to process.

For those who are waiting, the IRS has reminded taxpayers that the most convenient way to check on a return is by using the "Where's My Refund?" tool on the IRS.gov website or through the IRS2GoMobileApp.

"Taxpayers can start checking their refund status within 24 hours after an e-filed return is received," the IRS has explained. "In addition, Where's My Refund provides a personalized date after the return is processed and a refund is approved."