Received CTC Payments? You Might Be Getting a Smaller Tax Refund 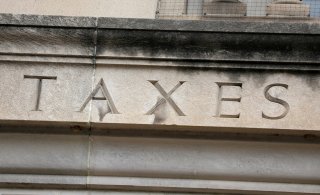 There might be a rude surprise awaiting the millions of parents who were eligible to collect enhanced child tax credit (CTC) payments last year. They may receive much smaller tax refunds than expected.

Between July and December, President Joe Biden’s American Rescue Plan-approved enhanced credits provided eligible parents as much as $3,600 for a child under the age of six and up to $3,000 for children between ages six and seventeen. What this meant was that a $250 or a $300 payment for each child was issued to parents each month.

These CTC-eligible families are entitled to the second half of the tax credit money after filing their tax returns this year—and that’s where the problem comes in.

“One thing that likely will happen is that people will get smaller refunds than they were expecting because that refund, in a sense, came in advance,” Barbara Weltman, an editor of J.K. Lasser's Your Income Tax 2022, told CNN.

What parents should expect to receive from the Internal Revenue Service, if they haven’t already, is Letter 6419, which will have the “total amount of advance Child Tax Credit payments taxpayers received in 2021,” the agency stated.

“People should keep this and any other IRS letters about advance Child Tax Credit payments with their tax records,” the IRS states, adding that parents will need the letter to determine the remaining amount of the enhanced credit they can claim on their return.

However, as reported by Tami Luhby at CNN, “some parents may find they’ll get a much smaller refund—or even have to pay back some or all of what they received in monthly child tax credit payments.”

“Divorced parents who share custody of their kids may switch who claims the child tax credit each year,” Luhby writes. “Since the monthly payments were typically based on parents’ 2020 returns, the distributions may have gone to the parent who didn’t have custody in 2021. In that case, that parent would have to pay back the funds received, and the other parent could claim the full credit on his or her tax return.”

In another situation, “families who earned a lot more in 2021 than they did in 2020 may have received more than they should have in monthly payments,” she adds. “That may allow them to claim only a small amount on their tax return or require them to pay back some of the distributions.”

The IRS also has recently admitted that some of those letters may include incorrect information.

Ken Corbin, the IRS chief taxpayer experience officer, said that concerned taxpayers can go to IRS.gov and log into their account through the site, which should have the correct information that a taxpayer can use on his or her return.