Religious Leaders Call for Bringing Back the Child Tax Credit 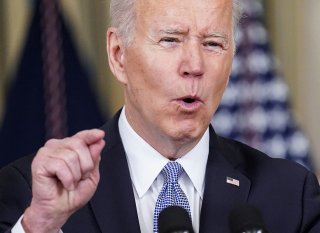 The expanded child tax credit, the policy brought into play by the American Rescue Plan Act in March 2021, expired at the end of that year, and most indications are that it won’t be coming back in anything like its original form.

But now, there is a new push to bring back the 2021 version of the child tax credit, and it is coming from religious organizations.

According to RNS, Rev. Jim Wallis and Georgetown University’s Center on Faith and Justice organized the effort, which included an ad that ran last week in Politico. Signatories, per the report, include Rev. Walter Kim, head of the National Association of Evangelicals; Most Rev. Michael B. Curry, presiding bishop of the Episcopal Church; the Rev. Eugene Cho, the president of Bread for the World; and Rev. Amy Reumann, the director of advocacy for the Evangelical Lutheran Church in America.

A group of faith leaders in West Virginia had made a similar push earlier in the week.

“As you work to craft an economic reconciliation bill, we would like to lift up one preeminent priority: making the Child Tax Credit fully refundable and available to low-income families on a permanent basis,” the letter said, per RNS.

“To pass a reconciliation bill without including a permanent and fully refundable Child Tax Credit would be morally indefensible.”

It appears, however, that just that could be happening.

Axios reported shortly before the holiday weekend that talks are once again underway between the Democratic Senate leadership and Sen. Joe Manchin (D-WV), the senator whose opposition last year is known to have killed off the president’s Build Back Better package, which would have extended the 2021 child tax credit by one more year.

Per Axios, Senate Majority Leader Chuck Schumer (D-NY) is in talks with Manchin about what was described as “a climate, energy, and deficit reduction package,” also described as a scaled-down version of the Build Back Better package. The staff of the two senators “have been making progress on the contours of a climate and deficit reduction package, according to people familiar with the matter,” Axios said.

While unlikely to include the expanded child tax credit, the bill would have the potential to deliver an election-year win to the president.

However, such a bill would also need to attract the support of all fifty senators, a majority in the House, and the White House.

But even Manchin, speaking with reporters, was far from sure that a formal deal would happen.