Retired Americans Will See an Increase In Their Social Security Benefits 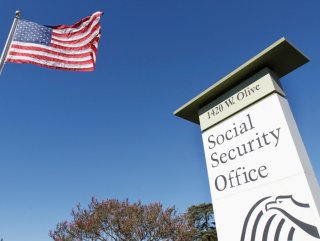 The calendar has flipped to 2022, and big changes are in store for Social Security.

Last year, the Social Security Administration announced a major cost-of-living-allowance (COLA) raise for Social Security benefits. The 5.9 percent increase, which was provided due to continued inflation, is the largest increase of its kind in nearly four decades. Yearly increases are traditionally only in the low single digits.

Although there has been a substantial COLA raise, there are some doubts about whether the added benefits will be enough for American seniors, especially as inflation continues.

Last October, shortly after the COLA increase was announced, Social Security and Medicare policy analyst Mary Johnson of the Senior Citizens League argued that the increase might be too low given how high inflation currently is.

“To put it in perspective, for every $100 worth of groceries a retiree could afford in 2000, they can only buy $68 worth today,” Johnson told The Street.

With that in mind, the Senior Citizens League has launched a petition calling for a $1,400 stimulus check for Social Security recipients.

"I … want Social Security recipients to receive a $1,400.00 emergency stimulus check to cope during this unprecedented inflationary year,” the petition states.

It remains fairly unlikely that any legislation along those lines will be signed into law this year. Both the White House and Congress have been clear that they are not currently prioritizing another round of stimulus payments, and fear of further inflation will likely prevent lawmakers from putting billions of dollars in the pockets of citizens again.

Lawmakers have introduced the “Social Security 2100” act with the aim of shoring up the program’s long-term finances. However, it also likely lacks enough support to become a priority in Congress or the White House this year.