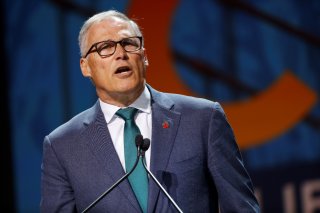 In the wake of the U.S. Supreme Court overturning Roe v. Wade, abortion clinics in Washington state are preparing for an influx of out-of-state patients, Axios has reported.

Washington, which legalized abortion in a 1970 statewide ballot referendum, is one of sixteen states where Roe's protections have been codified into state law. Meanwhile, thirteen states have so-called “trigger laws,” in which abortion was banned immediately or soon after the 1973 landmark decision that established the constitutional right to an abortion was overturned last Friday.

The neighboring state of Idaho has enacted a near-total abortion ban that automatically takes effect in roughly thirty days.

Paul Dillon, the vice president of public affairs for Planned Parenthood of Greater Washington and Northern Idaho, told Axios that his organization is in the process of ramping up the hiring of providers who can perform abortions and prescribe abortion pills.

Meanwhile, Washington governor Jay Inslee confirmed that he will push for a state constitutional amendment to protect abortion rights within his state’s borders, as well as other laws that will make it difficult for other states to investigate whether their own residents have visited Washington for abortions.

“The right to this choice, this constitutional choice for the last five decades, should not depend on which party is in control of our state Legislature,” the Democratic governor said during a news conference on Saturday, per NBC News, adding that he would make Washington a “sanctuary of choice.”

“Next week I will be issuing an executive order to the Washington State Patrol not to cooperate in investigations of other states … who violate the Roe v. Wade decision. Access to data and privacy is very important in this fight so we are going to be very alert in privacy laws ... we’re not going to allow that data to get back to Texas or Missouri or Idaho,” he continued.

According to CNBC, House Speaker Nancy Pelosi (D-CA) on Monday said that the chamber’s Democrats are exploring legislation that aims to protect personal data stored on reproductive health apps, ensure the right to freely travel between states, and codify the right to an abortion.

“This weekend, the American people spoke out in person and in large numbers about their opposition to the Supreme Court’s disrespect for a woman’s freedom over her reproductive health,” Pelosi wrote in a letter to fellow House Democrats. “While this extremist Supreme Court works to punish and control the American people, Democrats must continue our fight to expand freedom in America.”