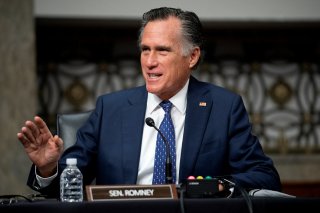 The expanded child tax credit, which was a key provision of last year’s American Rescue Plan Act, expired at the end of 2021. The White House held a “Day of Action” earlier this week intended to make sure Americans file their tax returns and are eligible to receive the other part of their credit. In the White House’s words, it was held order to “ensure Americans get the tax credits they deserve.”

Meanwhile, a possible revival of last year’s version of the child tax credit remains subject to negotiations of the Build Back Better bill in Congress. Some Democratic Senators used the Day of Action to call for the return of the expanded credit. But Sen. Joe Manchin (D-W.V.) has expressed skepticism about the credit for much of the last year.

Now, a new report looks at the path that such legislation may take.

According to Roll Call, Sen. Mitt Romney (R-Utah) suggested this week that a bipartisan group of senators should find a compromise on the credit. Romney introduced a proposal called the “Child Allowance” when the American Rescue Plan Act was being debated in early 2021. Some have suggested his proposal could form the basis for a compromise.

Speaking at a virtual event for the American Enterprise Institute, Romney said that he has been “discussing the issue” with colleagues on the Democratic side.

“Now that Build Back Better is in limbo or worse, there’s a growing series of discussions going on among members of the Senate at least, but also members of the House to say, ‘OK, let’s go back and look once again at family security and children and think about a way that we might pass something on a bipartisan basis,’” Romney said.

Romney’s plan, according to the report, would “transform the child tax credit into a Social Security Administration program, pay benefits in monthly checks of up to $350 per child, and make it fully available for individuals making up to $200,000 per year or couples who file taxes jointly making up to $400,000.”

It’s not clear what that would look like following negotiations with the Democrats, however.