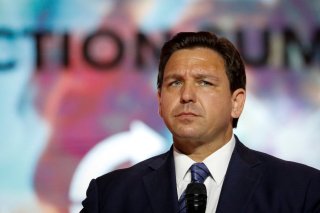 Florida Gov. Ron DeSantis on Thursday suspended a Tampa-area elected state prosecutor over a perceived “woke” agenda for vowing not to use his office to go after individuals who seek and provide abortions and doctors who offer gender-affirming care to transgender people.

In his executive order, per CNN, DeSantis accused Andrew Warren of “neglect of duty” and “incompetence.”

“When you flagrantly violate your oath of office, when you make yourself above the law, you have violated your duty, you have neglected your duty and you are displaying a lack of competence to be able to perform those duties,” the Republican governor, considered as a potential 2024 Republican presidential candidate, said during a press conference in Tampa.

“I don't think the people of Hillsborough County want to have an agenda that is basically woke, where you're deciding that your view of social justice means certain laws shouldn't be enforced,” he added.

“The people have the right to elect their own leaders—not have them dictated by an aspiring presidential candidate who has shown time and again he feels accountable to no one,” Warren, who was elected as state attorney by Hillsborough County voters in 2016 and 2020, continued in a statement.

“Today’s political stunt is an illegal overreach that continues a dangerous pattern by Ron DeSantis of using his office to further his own political ambition. It spits in the face of the voters of Hillsborough County who have twice elected me to serve them, not Ron DeSantis,” he added.

Warren did not say if he intends to pursue legal action to void the suspension.

CBS News reported that Rep. Fentrice Driskell, a Tampa Democrat and leader-designate of the Florida House Democratic Caucus, said that Warren has been using his office’s powers appropriately.

“I'm not going to mince words: this is a shocking political attack on an elected official serving the people of Hillsborough County,” she said. “Andrew Warren is being removed because he assured our community that he will not be a foot soldier in Ron DeSantis' extremist agenda.”

Florida’s new abortion restrictions, which became effective July 1, prohibit the procedure after fifteen weeks of pregnancy, with exceptions if the abortion is necessary to save the woman’s life, prevent serious injury, or if the fetus has a fatal abnormality. The law, however, does not allow exemptions in rape, incest, or human trafficking cases.