Run to the Bank: The Next Child Tax Credit Payment Is Coming Soon 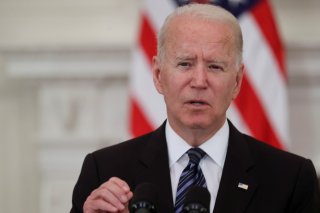 The American Rescue Plan Act, when it passed in March, put into place an expanded Child Tax Credit, which included direct payments to American families on a monthly basis. Those first payments arrived July 15, with additional rounds set monthly for the rest of the year.

The next round of payments is set for August 13. The checks typically go out on the 15th of each month, but with August 15 falling on a Sunday, the date for August was moved up to the 13th, which is a Friday.

“This first batch of advance monthly payments worth roughly $15 billion reached about thirty-five million families today across the country. About eighty-six percent were sent by direct deposit,” the IRS said in its announcement on the day of the July 15 payments.

“The payments will continue each month. The IRS urged people who normally aren't required to file a tax return to explore the tools available on IRS.gov. These tools can help determine eligibility for the advance Child Tax Credit or help people file a simplified tax return to sign up for these payments as well as Economic Impact Payments, and other credits you may be eligible to receive.”

The American Rescue Plan Act included $1,400 checks for most Americans, which have mostly been paid out by now. The expanded Child Tax Credit is a separate payment unrelated to the stimulus checks.

Will there be more stimulus checks? That remains unlikely.

The Biden Administration has not proposed an additional round of checks, nor is the proposal included in either of the infrastructure packages currently being debated within either the bipartisan or reconciliation frameworks. The idea of additional checks was also not included in President Biden’s first budget proposal.

However, several Democratic House members last week introduced a deal to provide both monthly checks and a guaranteed income. Rep. Ilhan Omar (D-MN) and several other members of Congress introduced a pair of measures, the Sending Unconditional Payments to People Overcoming Resistances to Triumph (SUPPORT) Act and the Genuine Progress Indicator (GPI) Act.

The SUPPORT ACT, per Omar’s website, will “create a guaranteed income program of up to $1,200 per month for adults, and $600 for kids,” while the GPI Act will “provide an alternative economic metric to supplement GDP calculations and revamp our economic policy lenses by including overlooked socio-economic and environmental costs and benefits of economic productivity.”

The legislation has several cosponsors. The GPI Act is backed by Jamaal Bowman (D-NY), Cori Bush (D-MO), Dwight Evans (D-PA), and Pramila Jayapal (D-WA.) while the SUPPORT Act is sponsored by all of them in addition to Marie Newman (D-IL.)