Senate Confirms Tranche of Ambassadors for Americas and Caribbean 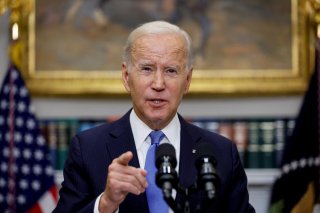 The longtime Democratic activist, whom President Joe Biden tapped for the role last winter, successfully maneuvered through the chamber’s confirmation process with a voice vote.

In a Certificate of Competency earlier this year, the State Department praised Kwan’s “distinguished career in public service, diplomacy and sports.”

“Kwan’s extensive work experience at the U.S. State Department in public diplomacy and youth outreach and her work with non-profit organizations combined with her strong management and business skills make her a well-qualified candidate to be the U.S. Ambassador to Belize,” said the agency, which also highlighted the former athlete’s master’s degree from Tufts University’s Fletcher School of Law and Diplomacy.

Kwan, who had long pressed Biden for an ambassador post and had worked on his 2020 presidential campaign, said last year that she was honored by the nomination.

“If confirmed, I will be very proud to serve my country,” she said.

“Belize is full of incredible history and culture, and has been a tremendous partner to the United States. I look forward to working with the Belizean government on economic issues, to put an end to this pandemic, and to address the root causes of migration,” she added.

Combining artistry and elegance with athleticism, Kwan is considered one of the most decorated figure skaters in U.S. history. She captured more than forty championships during her career, including a record-tying nine U.S. titles, five world championships, and two Olympic medals.

Meanwhile, per The Hill, the Senate also confirmed three other individuals to ambassador posts.

Lesslie Viguerie, who was selected to serve as ambassador to Kyrgyzstan, is currently employed at the State Department as the deputy assistant secretary for Central Asian and Pakistan affairs in the agency’s Bureau of South and Central Asian Affairs. He previously worked at U.S. embassies in Uzbekistan and India.

Mari Carmen Aponte, the new ambassador to Panama, previously served as ambassador to El Salvador during the Obama administration. She also was an assistant secretary of State for Western Hemisphere affairs.

Finally, Hugo Rodriguez was picked to be ambassador to Nicaragua. According to a Reuters report, Nicaragua’s government withdrew its approval of Rodriguez’s nomination in July after he made comments criticizing the country’s president, Daniel Ortega. Then Biden suspended Ortega from entering the United States for undermining democratic institutions in his country following his reelection.