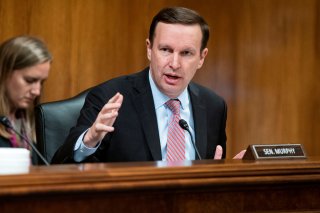 Senate Democrats on Tuesday acknowledged that although they were encouraged by talks with Republicans on gun legislation, any compromise on such a bill would not fully tackle rising gun violence in the country.

Senate Majority Leader Chuck Schumer (D-NY) confirmed that he would give negotiators until at least the end of the week to reach a deal. Meanwhile, Senate Minority Leader Mitch McConnell (R-KY) said that he hoped the two sides would find common ground after several mass shootings in recent weeks, including those in Buffalo, New York, and Uvalde, Texas.

“We're hoping to actually get an outcome that will make a difference,” McConnell said during a news conference on Tuesday.

“Every day we get closer to an agreement, not farther away,” Murphy said.

"Obviously, an agreement that we reach with the Republicans won't come close to the full list of things that I think are necessary to curb this epidemic. But the American people are looking for progress,” he continued.

Last week, President Joe Biden called for a ban on assault-style rifles and high-capacity magazines or an increase in the minimum age to purchase those items from eighteen to twenty-one. But Murphy and Cornyn are considering more modest proposals, such as tapping into “red flag” laws to deny gun purchases to those deemed to be a high public risk, upgrading school security, and strengthening mental health services.

“We are trying to figure out if there is something we can do with this population that is eighteen to twenty-one, that tends to be the profile of a mass shooter, to make sure there is the ability to find out if there are any red flags or warning signs before they get their hands on a weapon,” Murphy said Tuesday on ABC.

Meanwhile, per CNN, Sen. Cynthia Lummis (R-WY) admitted that she is rethinking gun legislation after constituents flooded her office with calls urging action.

“We've received so many calls. I've been a little surprised at the phone calls we've been getting and how receptive Wyoming callers seem to be to address guns in some manner. I am of the opinion that it's more of a mental health issue than a gun issue. But, you know, I'm listening to what people from Wyoming are saying,” she said.

“The surprise to me has been the number of people that have weighed in, not with particular solutions that they support, but with a willingness to be open to suggestions. They're worried in large about, as I've said, the mental health issue, and Wyoming has the highest suicide rate in the nation,” she continued.