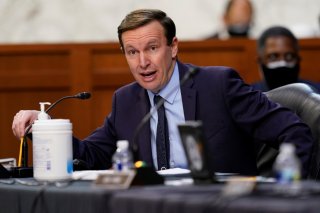 It may make some on both sides of the political spectrum unhappy, but a group of Senators has agreed to a bipartisan gun reform package. If enacted, it would become the first piece of gun-related federal legislation to be passed since the early 1990s. The bipartisan effort follows a recent wave of mass shootings across the country, including ones in Uvalde, Texas, and Buffalo, New York.

While the bill has not yet been written, the framework includes such provisions as an “enhanced review process” for potential gun buyers under twenty-one years old, penalties for straw purchasing, funding for school safety measures, protection for domestic violence victims, and “support for state crisis intervention orders.”

The agreement does not include some notable provisions that have been proposed in the wake of the country’s recent mass shootings. It does not ban any classes of weapons or high-capacity magazines, nor does it put into place universal background checks.

The bipartisan agreement is crucial because it makes it much more likely that the package will have enough support to overcome a filibuster. Even so, the bill would still need to pass the House of Representatives before reaching the president’s desk.

Following the Sandy Hook mass shooting in 2012, there was another bipartisan effort to pass gun legislation, led by two senators, Manchin and Toomey, who are also part of the current effort. However, that push was defeated.

“Today, we are announcing a commonsense, bipartisan proposal to protect America’s children, keep our schools safe, and reduce the threat of violence across our country,” Murphy, Cornyn and other senators involved in the talks said in a joint statement. “Families are scared, and it is our duty to come together and get something done that will help restore their sense of safety and security in their communities.”

President Biden called for passage of the package.

“With bipartisan support, there are no excuses for delay, and no reason why it should not quickly move through the Senate and the House,” Biden said in a statement.

“Each day that passes, more children are killed in this country: the sooner it comes to my desk, the sooner I can sign it, and the sooner we can use these measures to save lives,” he added.