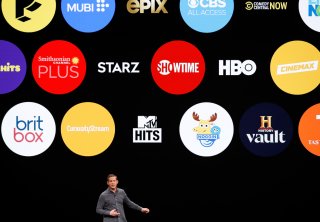 Shortly after announcing earlier this week that its direct-to-consumer regional sports streaming service would launch later this quarter with five Major League Baseball teams—and more to follow later this year—Sinclair Broadcast Group has revealed the name and price point for the service.

Per The Streamable, which cited the company’s earnings call, the service will be called Bally Sports+, and it will cost $189.99 a year, or $19.99 per month. Upon launching, the service will give cord-cutters an option to watch games if their team or teams are on Bally’s regional sports networks  But it is more costly than most streaming services.

The company, which raised new financing for the new venture, had announced earlier in the week that it appointed a new board for its Diamond Sports Group subsidiary, with veterans of NBC Sports and Hulu among the new board members.

"With the start of the full Major League Baseball season, our Bally Sports RSNs opened to strong TV audiences with household viewing impressions up versus the same period last year,” Sinclair CEO Chris Ripley said in the statement. “This should bode well for the DTC soft launch of five RSNs with MLB teams later this quarter and then a full DTC launch this September. While the DTC pricing will be announced closer to going live, it is anticipated to have an attractive price point as compared to other similar professional sports DTC offerings."

This is a further part of baseball’s efforts to get ahead of cord-cutting. National baseball games will stream this season on Apple TV+, Peacock, and YouTube, with some teams reaching their own deals, such as the New York Yankees’ agreement to put a slate of home games on Amazon Prime, albeit only in the New York City market.

“Sinclair progressed on a number of fronts during the quarter, making important strides in advancing key initiatives,” Ripley said.

“Political advertising is off to a strong start, exceeding our expectations for the first quarter and helping drive our Broadcast and Other first-quarter media revenue to the upper end of its guidance range. We believe this is a good indicator of how strong this year’s political cycle can be and gives us confidence that we can achieve a record amount of political advertising for a mid-term election year.”