Sky-High Gas Prices: What Are You Paying Per Trip? 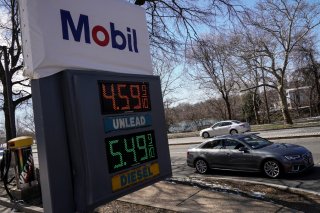 With average gas prices still stuck well above $4 per gallon, it is not surprising to hear that many Americans have been searching for ways to stay within their financial budgets.

To help toward that end, personal finance expert Bob Haegele at GOBankingRates.com made an effort to gauge exactly how much people spend while running a simple errand—such as going to the grocery store—once a week.

By using this particular Fuel Cost Calculator, he was able to see “how much soaring gas prices can affect your wallet depending on how far you drive to the grocery store round trip: 5 miles, 10 miles, or 15 miles.”

One five-mile trip per week will set an individual back about $0.84 in gas costs, which is about a quarter higher than last year. Meanwhile, the monthly cost will be $3.34 and annually $43.43.

Meanwhile, in an effort to alleviate some of the pain due to high gas prices, the Biden administration last week confirmed that it would release one million barrels of oil per day from the nation’s Strategic Petroleum Reserve (SPR) for the next six months as domestic producers ramp up production.

And earlier this week, per National Public Radio, the International Energy Agency announced a collective release with member countries outside of the United States of an additional 60 million barrels.

“(This) announcement is another result of President Biden’s unwavering focus on doing everything in his power to help American families who are paying more out of pocket as a result of Putin’s war of choice against Ukraine,” White House Press Secretary Jen Psaki said in a statement.

“Since Putin accelerated his military build-up around Ukraine this past winter, gas prices have increased by nearly a dollar per gallon because less oil is getting to market, and the reduction in supply is raising prices at the pump for Americans. We will continue to take every action we can to increase supply in the immediate term,” she continued.

Less Pain at the Pump

Per CBS News, it appears that American motorists are indeed already feeling less pain at the pump. After hitting a record high of $4.33 on March 11, the national average for a gallon of gas has slowly trended lower to $4.14.

And according to Patrick De Haan, oil and gas analyst at GasBuddy, even more relief could be on the way.