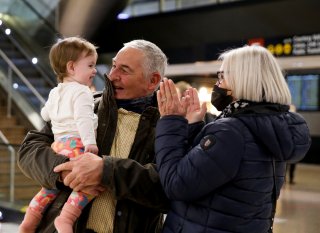 It was just last month when millions of Social Security recipients finally received confirmation on what they wanted to hear for over the past year—that there would be a 5.9 percent cost of living adjustment (COLA) beginning in 2022.

That sizeable boost—the largest bump to the old-age benefits witnessed in four decades—is expected to raise retirees’ monthly payments by approximately $90 to an estimated average of $1,657, and a typical couple’s benefits will climb by about $150 to $2,754 per month.

However, that doesn’t mean that it will be smooth sailing for the foreseeable future. There are dangers ahead—and they include fast-rising inflation for goods and services and Medicare Part B premiums, which are slated to surge by 14.5 percent next year.

“Over the past twenty-one years, COLAs have raised Social Security benefits by 55 percent but housing costs rose nearly 118 percent and healthcare costs rose 145 percent over the same period,” Mary Johnson, the Social Security and Medicare policy analyst for the Senior Citizens League, noted in a statement.

There are, however, actions one can take now to make sure those Social Security checks can go further.

Do expect to receive from the Social Security Administration later this year statements that state the official monthly benefits for next year.

“While you are waiting for that, you can calculate how much you can expect to receive on your own,” Personal Finance Expert Lorie Konish explained for CNBC.

“Take your monthly benefit from this year and multiply it by 1.059 in order to determine how much of an increase you will see from next year’s cost-of-living adjustment,” Konish said. “Then, subtract your estimated Medicare Part B premium based on your income tier. Keep in mind that people with incomes above certain levels will pay more for Medicare Part B due to what’s known as Income-Related Monthly Adjustment Amounts, or IRMAAs.”

Shop Around for Medicare

Konish added that “you may still have time to find a better rate for your health coverage through Medicare open enrollment, which lasts until December 7. You may opt for a Medicare Advantage plan, which provides Medicare benefits through a private insurer.”

If a person decides to select a Medicare Advantage plan, then they “may be able to find broader coverage for as much or less than what Part B premium will cost.”

Do take note that the higher COLA for 2022 will surely raise the gross amount of benefits and income, which would increase what one owes in taxes.

“By consulting a tax advisor, you can work to identify the best strategy for you,” according to Konish. “That could include having more money withheld for taxes from either your Social Security benefits or your retirement account distributions or making other adjustments.”