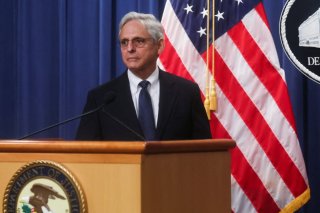 A Maryland woman who worked for eight years as the office administrator for a Washington-based trade association was sentenced to four years in federal prison, for a series of charges that included wire fraud, social security fraud, tax evasion, and aggravated identity theft. According to the Social Security Administration’s (SSA) Office of the Inspector General, the crimes included “schemes to defraud her employer, fraudulently obtain disability insurance payments, and evade more than $225,000 in taxes, including by concealing income in connection with a bankruptcy petition,” to the tune of $1.4 million.

The woman “spent more than $175,000 of the stolen funds at a local bingo hall, used more than $100,000 for retail, restaurant, and grocery expenditures, and withdrew more than $200,000 in cash,” the statement said, and applied for Social Security Disability Insurance (SSDI) payments despite working at the trade association. She was also accused of fraudulently declaring bankruptcy.

In South Carolina, a sixty-one-year-old woman was sentenced to fifteen months in federal prison after pleading guilty to theft of government funds over $258,000. According to the Office of the Inspector General for SSA, the woman “unlawfully obtained Social Security Retirement Insurance Benefits (RIB) on behalf of her deceased grandmother,” failing to notify the government of her death between 2001 and 2020.

SSA paid $22,840.10 in Medicare premiums for the deceased grandmother, and the woman was wrongly paid $22,875 as Supplemental Security Income (SSI) recipient, and she failed to report her husband’s  Veterans Administration (VA) benefits.

Also this month, a thirty-seven-year-old Massachusetts man was sentenced to twenty-five months in prison, for “misusing a Social Security number to fraudulently obtain a Massachusetts ID and driver’s license as well as MassHealth benefits,” the U.S. Attorney’s office for the District of Massachusetts announced September 28.

And in Maine, a woman pled guilty to Social Security fraud and theft of public money. Between 2009 and 2020, the woman “concealed the presence of her husband in her household to maintain her eligibility to receive Supplemental Security Income (SSI) payments.” On multiple occasions, the woman falsely claimed that she and her husband had separated in 2008.